Have you noticed that traditional Japanese culture is very extra? For example, there’s culinary arts, and then there’s Japanese cuisine. Another great example would be Japanese tea ceremonies (stay tuned for more on tea ceremonies!), which are a performance even though it’s basically a tea party.

So there’s flower arrangement, and then there’s Ikebana, also known as Kadō. 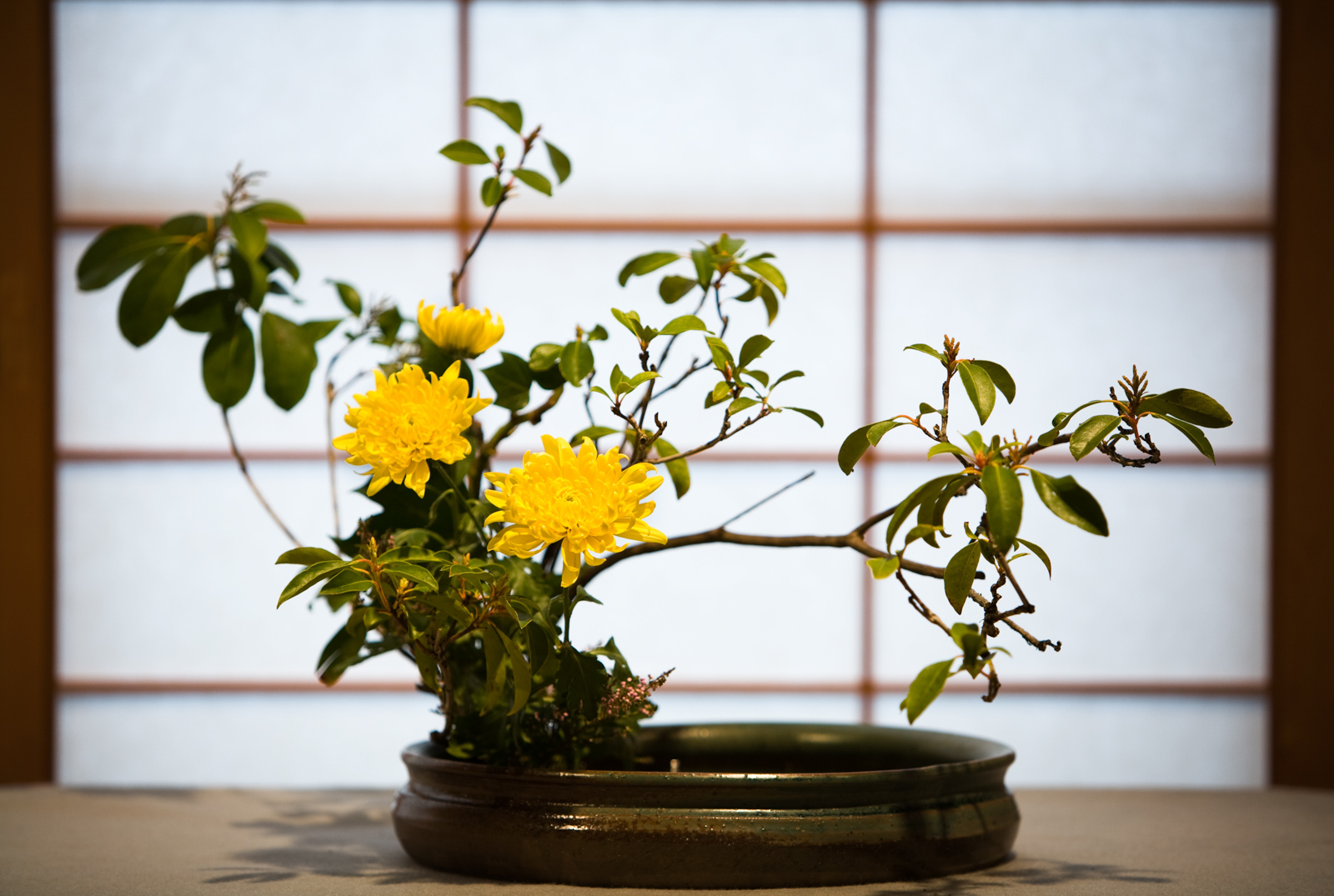 Ikebana in Japanese can be translated to something like ‘working with living flowers’ and Kadō translates to ‘way of flowers’. The translation is telling of the deep principles behind this art form.

Initially Ikebana began when the Japanese people started to make offerings of flowers to temples in Japan when Buddhism was first introduced back in 600 AD.

It began to fully evolve into a form of art around the 15th and 16th century, with Kadō artists developing their own styles, but all aligning with the same principles.

Ikebana is a meditative practice to not only connect with yourself from within but to connect with nature, and appreciate the beauty of life. 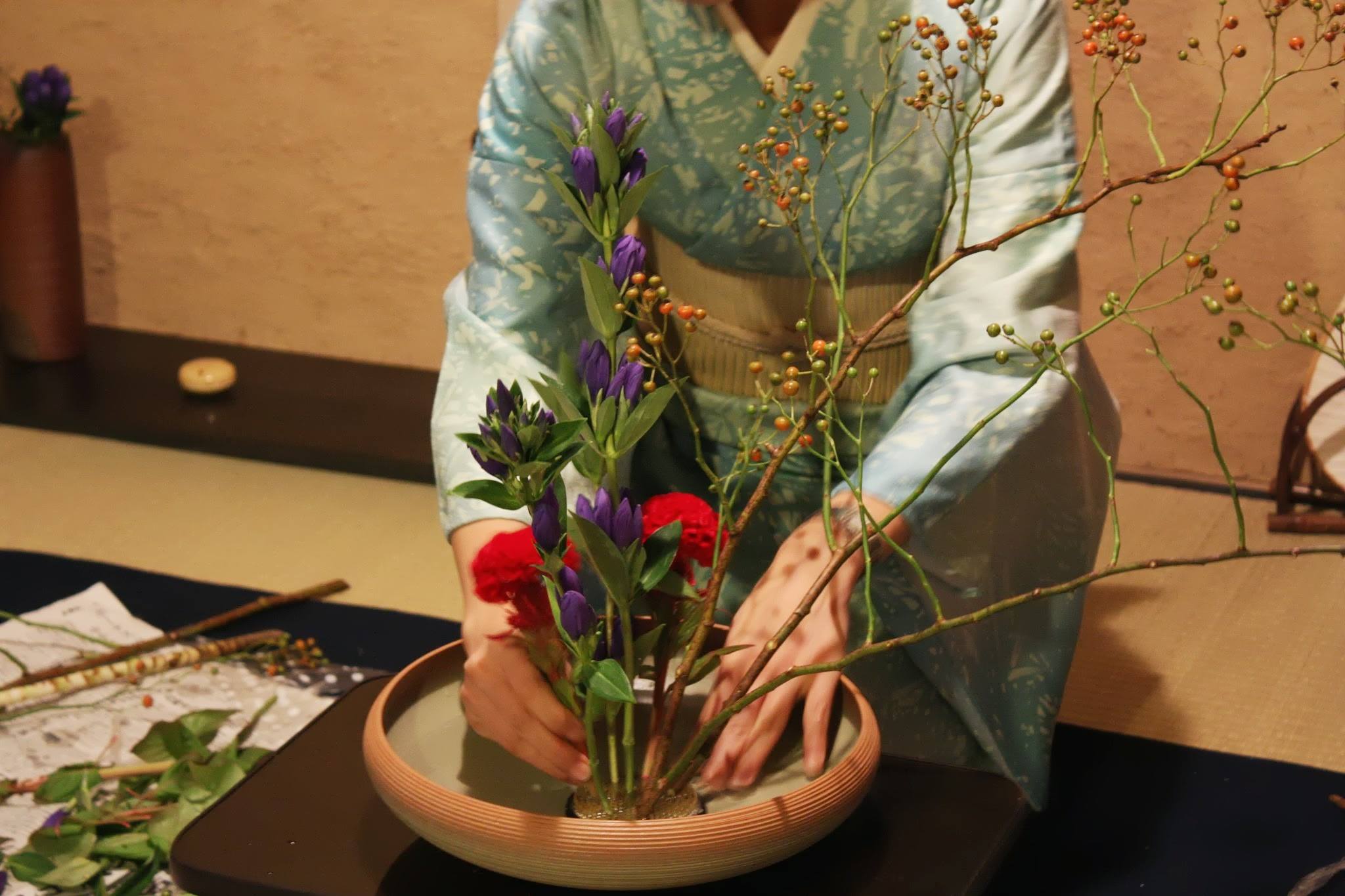 Image via Japanese Traditions and Culture

The artist sits in silence, meditating on the living objects in front of them, and they arrange the flowers and the plants in a simple, thoughtful manner.

The styles that developed over the many centuries that Ikebana has been refined by its devoted students, and there are now approximately 3000 schools that teach Ikebana in Japan.

The most typical or recognised style of Ikebana is the Moribana style. This style was developed by Unshin Ohara, who was a student of the Ikebana’s oldest school, Ikenobo. He broke away from the school and started his own, the Ohara school where he developed the ever so simple yet beautiful Moribana style.

Ikebana arranged in this style uses only a handful of flowers, mounted on a Kenzan a spikey plate, placed within a Utsuwa (a small dish/plate). 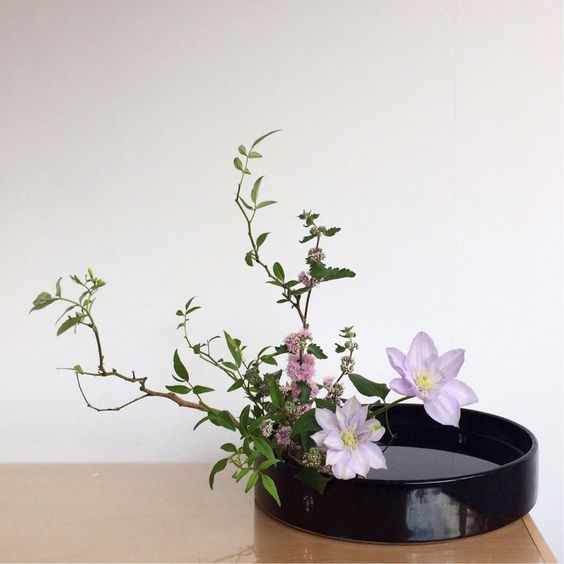 As you can see, unlike the western form of floristry, Ikebana is a very minimalistic way of flower arrangement. There are about 72 patterns that the flowers are arranged in however, to truly master this art form take up to five years or more.

It’s a truly wonderful art form and you can experience it first hand at the Nature Intertwining – Ikebana Exhibition, currently being held at The Calyx in the Royal Botanic Gardens in Sydney!

The event is free to enter, and it show cases Ikebana arranged in the Sogetsu style and there are Ikebana workshops are being held on selected days also. Open until the 29th of April – if you are interested in what Ikebana is like, be sure to check this event out! 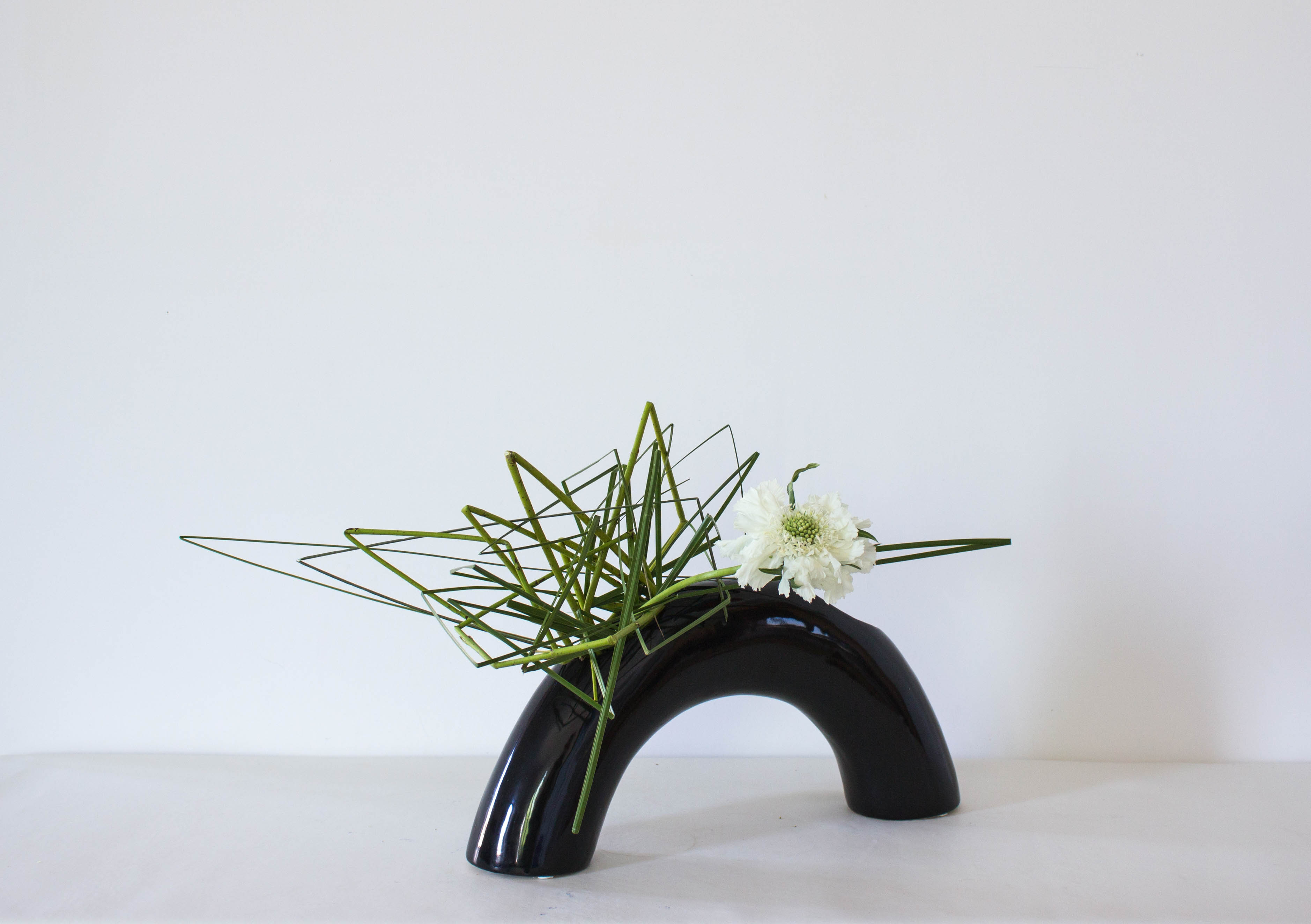 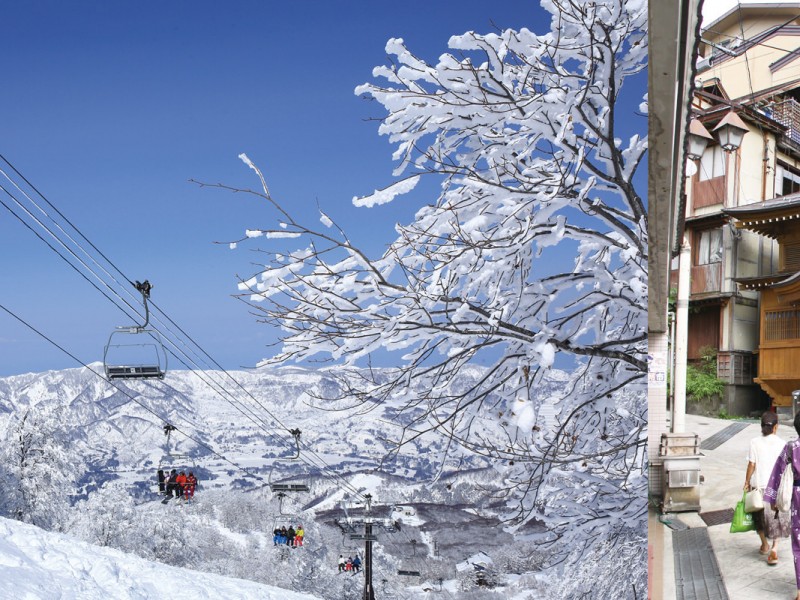 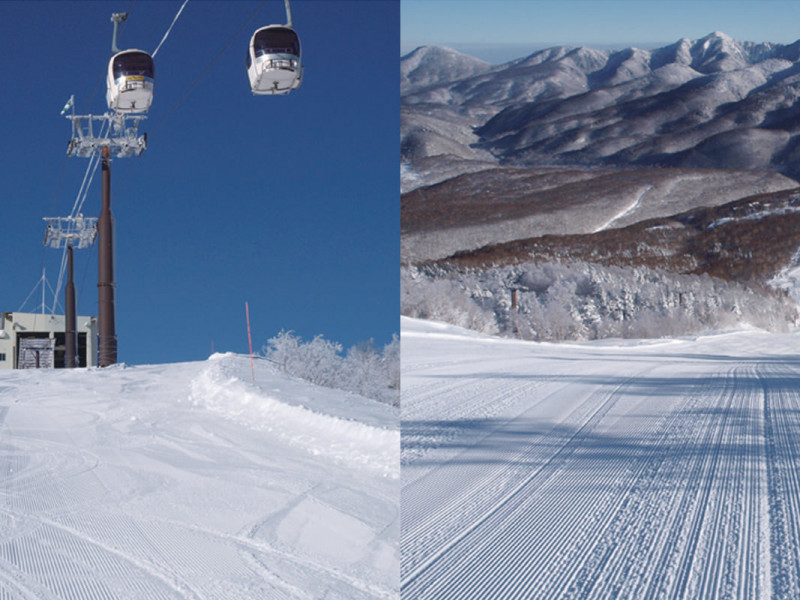 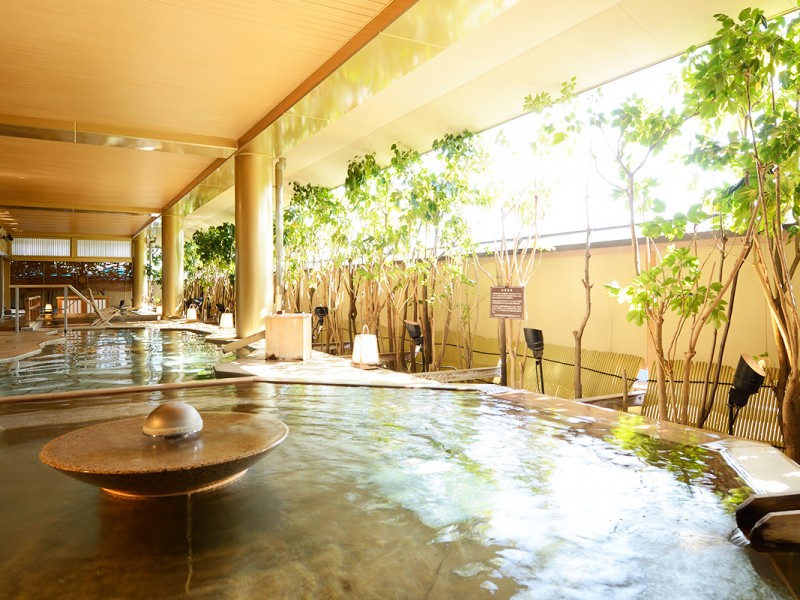 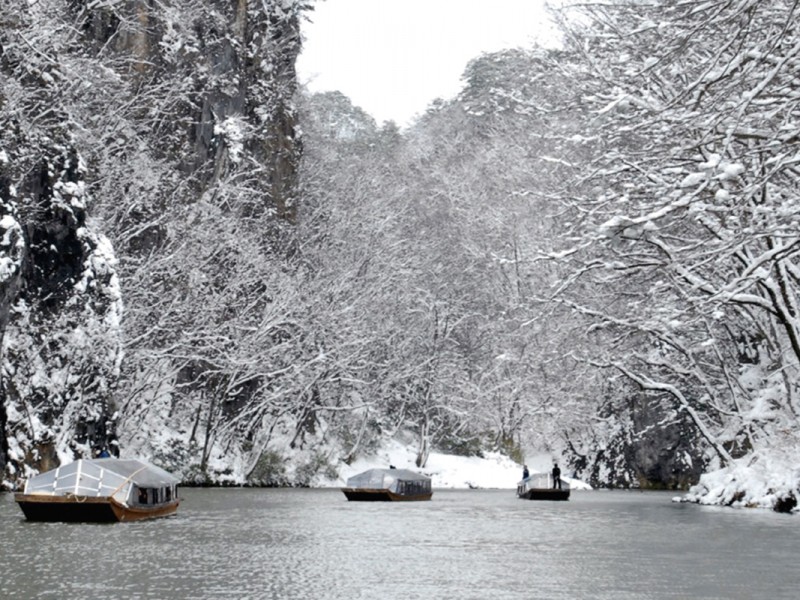