All About Cherry Blossoms

The gorgeous blush coloured Cherry Blossoms are one of Japan’s key icons, although in recent years, Japan’s abundant powder snow has attracted many from around the world in winter, the Cherry Blossom season remains to be one of its key attractions, and for a very good reason. 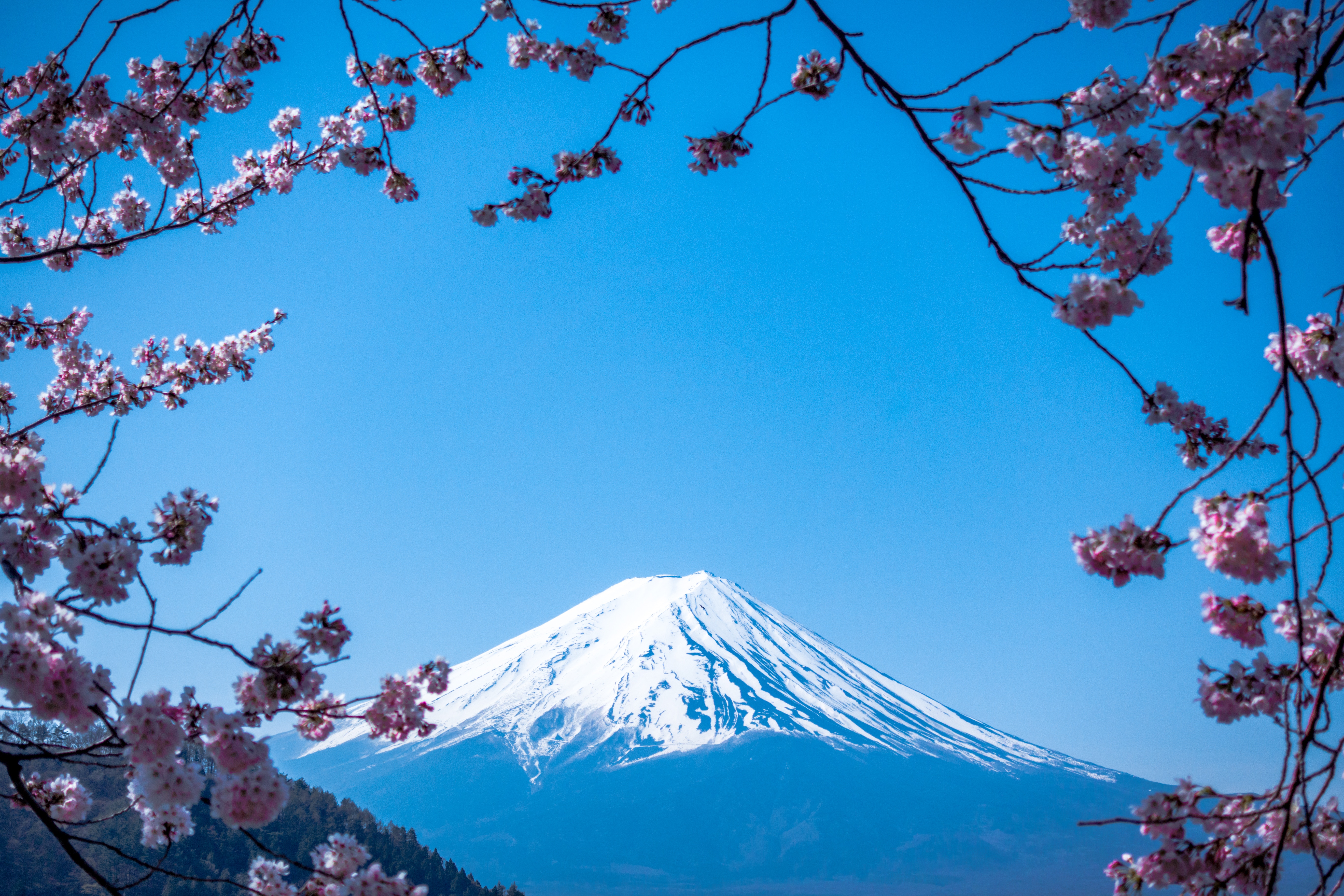 Photo by JJ Ying on Unsplash

The long love affair between the Japanese people and Cherry Blossoms

This love affair between Cherry Blossoms and the Japanese people began many hundreds of years ago, recorded from the Nara era in the 7th century. Back in the 7th century, plum trees were the mainstream tree of Spring due to Chinese influences, but Cherry Blossoms were admired as a symbol of the god of rice fields. It was taken as a symbol of support from the gods during the very first phase of rice farming in Spring.

As the 8th century rolled in, people began to Emperor Tennou began the tradition of Hanami (Cherry Blossom viewing – more on that a little later) and the people followed suit and Cherry Blossoms became the main icon of Spring for the Japanese people. 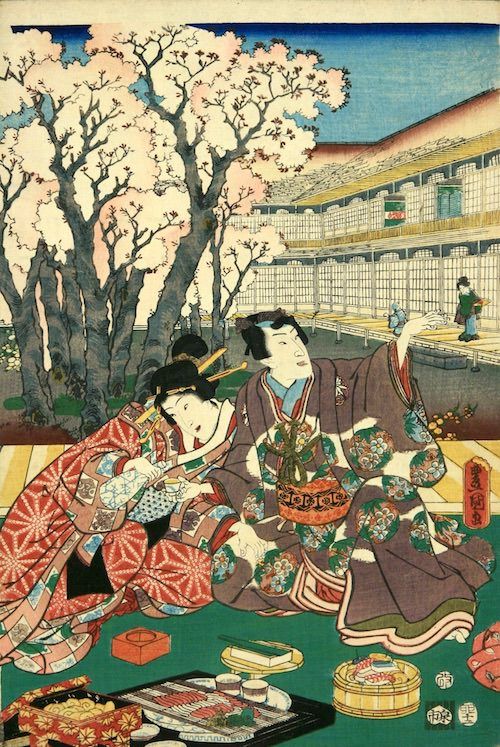 Cherry Blossoms are known as Sakura in Japanese and there are hundreds of types of them you can find in Japan, the main type being Somei-yoshino, which became the main type of Cherry Blossom in Japan from around the end of the Edo era in the 18th century.

Due to the deep respect for nature of the Japanese, it’s no surprise that something like Hanami is a part of their culture still alive in this day.

Originally, Hanami was an event attached with a feast for the loyalties and privileged but as time passed people all over the country began enjoying this event themselves.

One of the most beautiful things about Cherry Blossom is how they seem to all bloom at once, so beautifully and fall away at the same time – to the Japanese people it symbolises the beauty in the fragility and temporality of life. You could say Hanami is about celebrating life itself.

So what is Hanami and where to go? 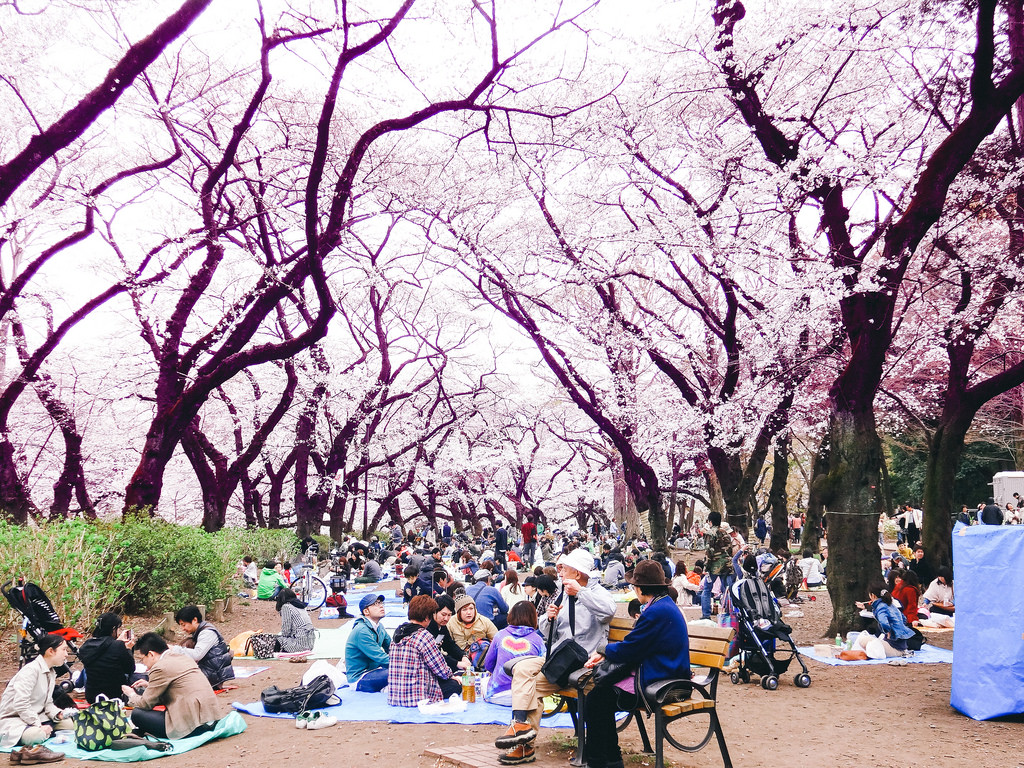 People gather under the Cherry Blossom trees to not only view but to feast with drinks and food, in a picnic format to celebrate and rejoice in the abundance that come with spring. Anyone can enjoy Hanami, all you need is a spot for it – so if you are going to Japan during Sakura season, this is a must-do activity.

The Japanese meteorological bureau in has released its annual Sakura forecast. Below are the simplified start dates of Cherry Blossom season by region.

It’s important to note that Cherry Blossoms only last for a week or two max, so be sure to prioritise your Hanami plans before anything else.

It’s always best to ask someone with experience when planning for a trip, and here are some of the most popular Hanami spots! 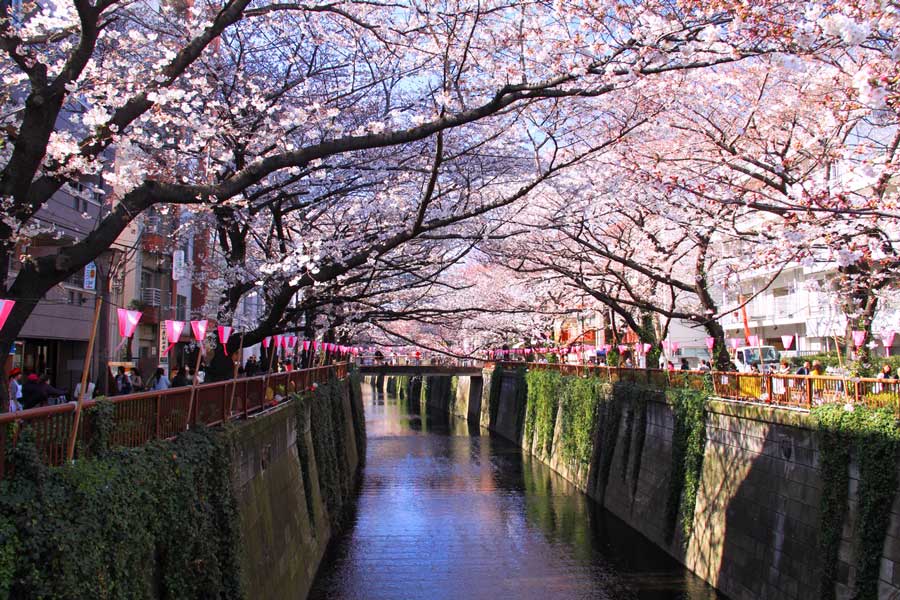 800 cherry blossom trees arch over along the Meguro River in Nakameguro in the Ebisu District over in Tokyo. They have their own Sakura Festival, and there are plenty of cafes and restaurants where you can enjoy the view from.

Ueno Park might be one of the most popular spot for Hanami in Tokyo. There are over 1,000 cherry blossom trees planted in the park plus they light them all up in the evening so you can Hanami all day and night! 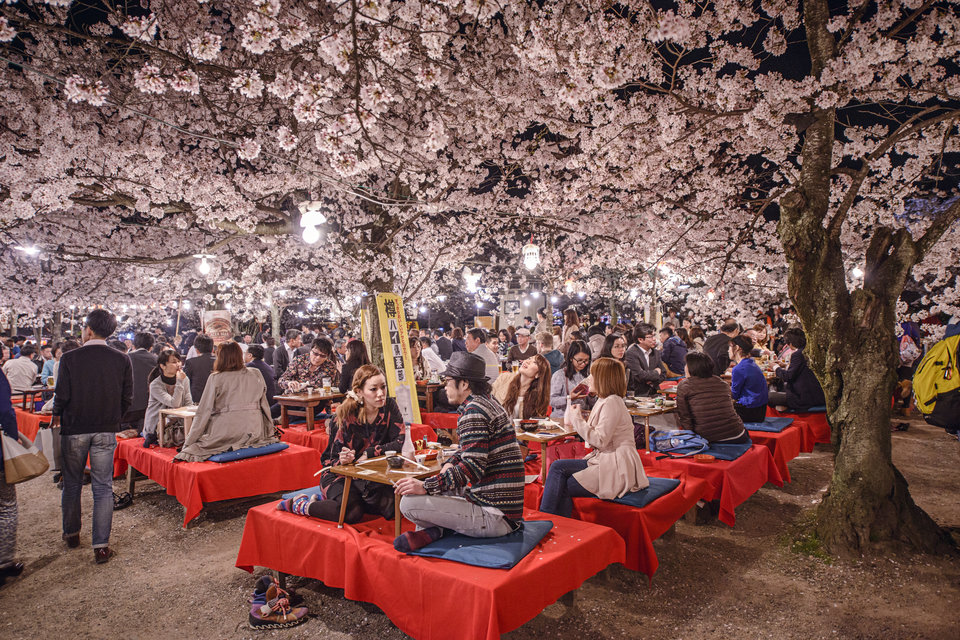 You can view the most gorgeous weeping cherry blossom trees at Maruyama Park, Kyoto’s oldest park. The trees are illuminated at night allowing for a mystical night time Hanami.

There are over 30,000 Cherry Blossom trees planted on Mt. Yoshino in Nara. A whole mountain blooming in gorgeous pink! That has got to be a sight to see. 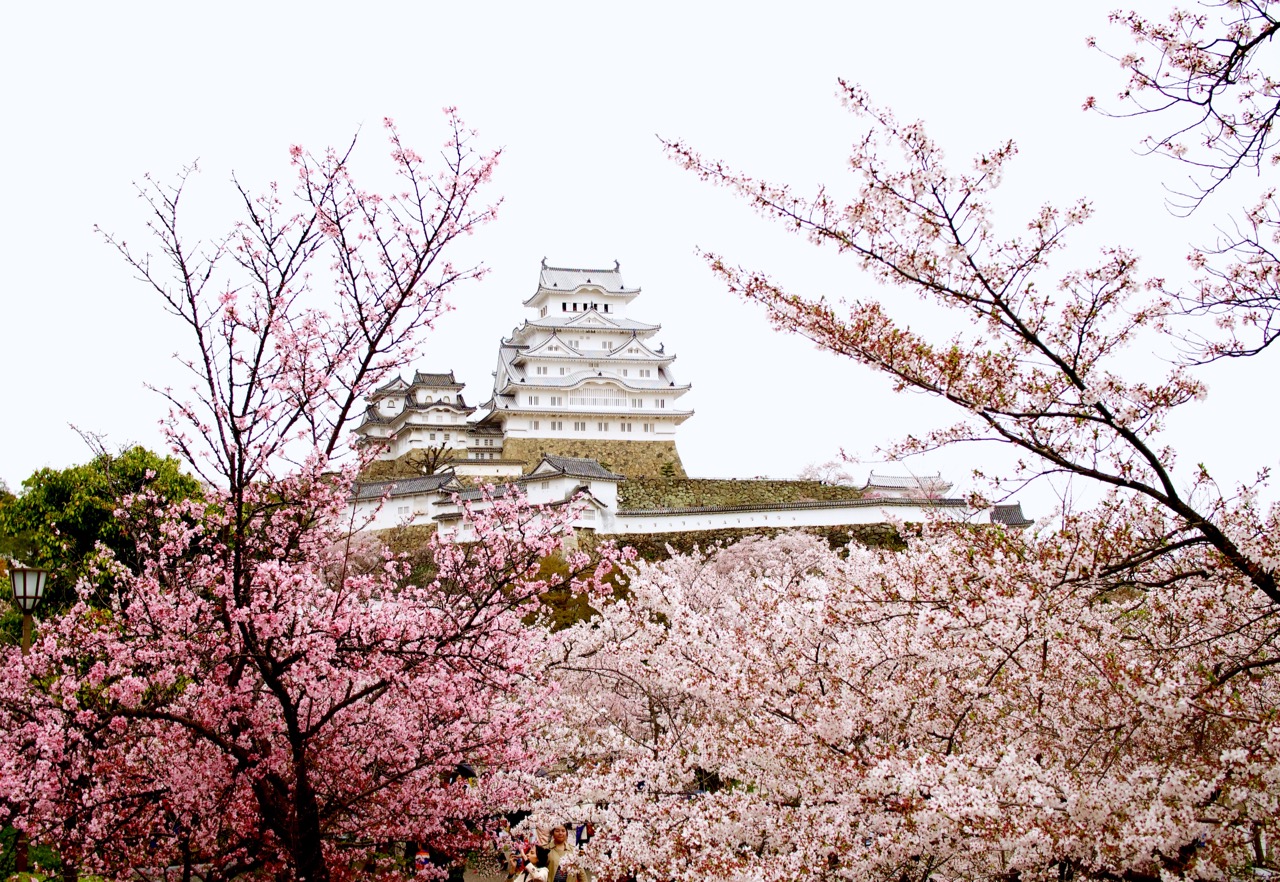 Photo via To Europe and Beyond

You couldn’t get more picturesque than the sight of cherry blossoms blooming under a castle… And you can see exactly that when you visit Himeji Castle in Hyogo Prefecture. 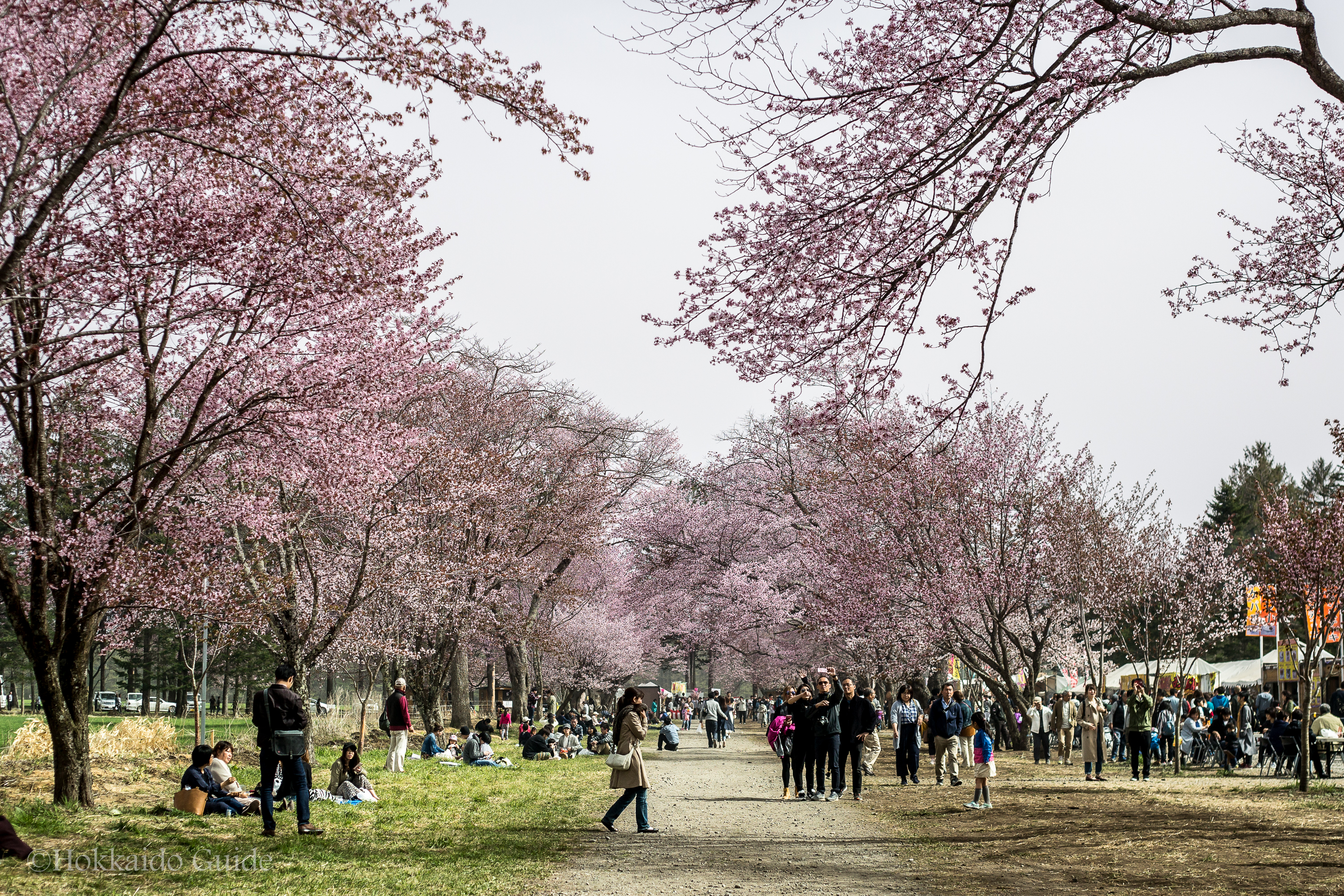 Hokkaido being abundant in nature, it’s no surprise that they have an abundance in cherry blossom trees too. A unique way to view cherry blossom in Hokkaido would be to have a drive through the Shizunai Nijukken Road where cherry blossoms line the road.

IWATE
Places in Northern Japan and Hokkaido might not be your first thought when it comes to Cherry Blossom season but you can indeed view Cherry Blossoms there too. In Iwate, specifically in the Shizukuishi area you can see the rare and gorgeous sight of Cherry Blossoms with a backdrop of a snowy mountain.

During the Cherry Blossom season you will notice that everything in Japan goes pink! From storefronts to products to food and drinks.

And there’s so much more – check out this lovely little infographic by Usagi on Japanlover.me! 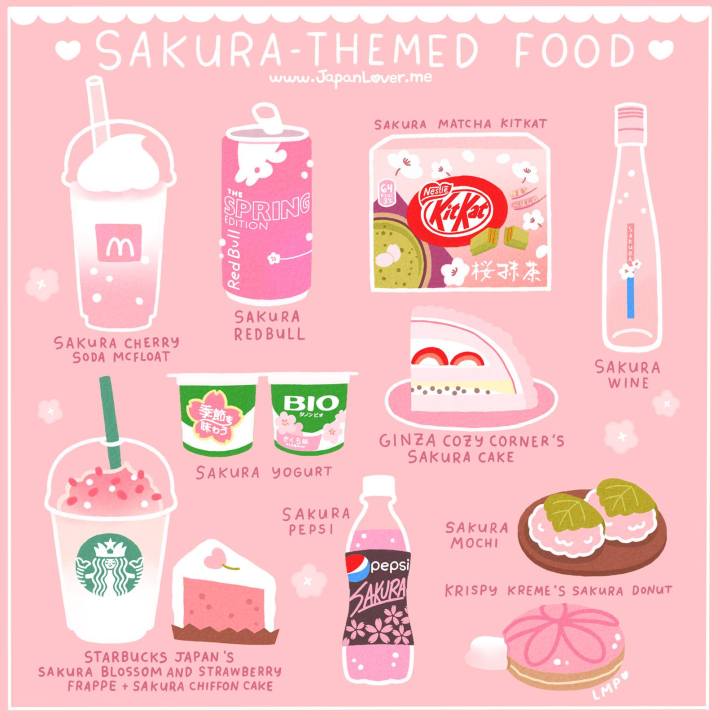 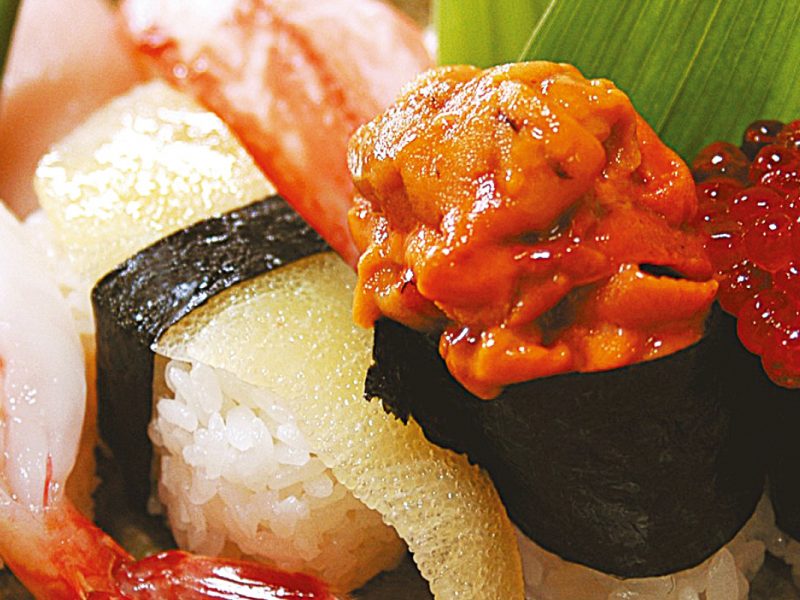