If you google the word ‘otaku’, google describes it as ‘(in Japan) a young person who is obsessed with computers or particular aspects of popular culture to the detriment of their social skills.’ For the most part otakus are a lot like the geeks of the western world, however, the level of obsession an otaku has towards his/her subject is more extreme than that of a typical geek. Being an otaku for most is not a hobby, it’s a maniacal lifestyle that consumes their time, money and mind – they have absolutely no other interest in life but their subject of obsession.

Like it’s suggested in the description provided by google, many otakus lack social skills outside of their own world: the word otaku originally means ‘your house’ and the reason this word that means ‘your house’ turned into the term to describe Japanese geeks is because many otakus do not venture out of their homes. Of course, there are otaku events and gatherings that they venture out to and socialise with other like-minded people but in the ‘outside world’, people who are labelled or who are self-proclaimed otaku tend to keep to themselves. 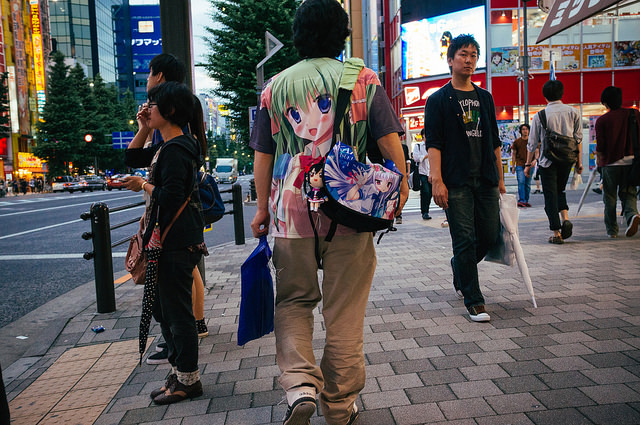 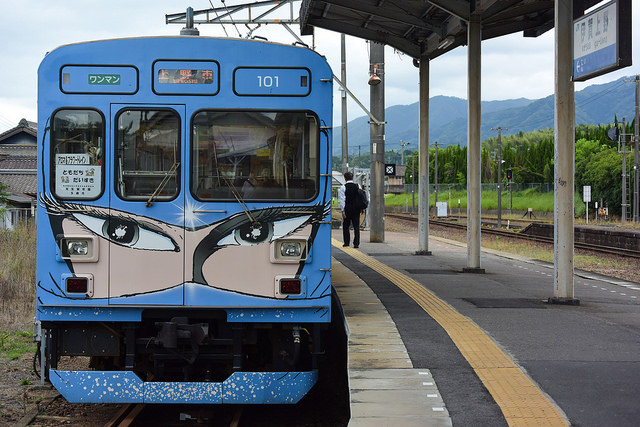 One of the oldest types of otaku is the train otaku, who were originally known as ‘railroad fans’, which in recent years turned into ‘railroad/train otaku’. This obsession with trains and railroads begins from a young age; young boys in Japan tend to fall in love with trains and obsessively learn the names of the different lines and the different types of trains, and if they don’t grow out of it, they become extreme fans or even otakus.

If there is a launch of a new train line or a release of a new train design, there will be many otakus of all ages with cameras lining up to see and learn absolutely everything there is to learn about it. Even on a weekend, you may see people standing at the end of the platform with a camera, eagerly waiting for a train to arrive to snap some photos.

Being a train otaku doesn’t just stop with knowing all the train lines or having a vast collection of different train models, it also involves having knowledge of the mechanics of the train, and how the train schedules are created and run, right down to the different scripts that train drivers and attendants must follow on different train lines. On rare occasions, you may see a train otaku standing right behind the driver’s booth at the front of the train, performing the announcement word for word, never missing a beat.

Young and passionate train otakus can go to railroad schools; there are two high schools in Tokyo where the study of all things trains and railroads are part of their curriculums. A lot of graduates of these schools then go on to study railroad engineering or to securing various positions at train companies.

Other train otaku activities include learning the history of Japanese railroads whilst analysing the business models of each train company over the years and discussing their successes and failures, and even participating in train games which simulate scenarios from driving a train to even operating a train company.

Pop stars, particularly female pop stars, are referred to as ‘idols’ in Japan. Just as the word suggests the cutesy pop stars of Japan are idolised by fans everywhere – even internationally – but no one idolises and obsess over them more than an idol otaku. But idolising a pop star isn’t uncommon – most people are fans of particular pop music artists, especially in Japan – so what’s the difference?

There are different types of fandom and otaku-dom when it comes to idol otakus. The first and the most basic level being the normal fanbase, the kind that buys the idols’ music, perhaps they go to concerts and the occasional events but nothing more. Then there’s the ‘light otakus’ who do everything a typical fan would, but perhaps they know the lyrics and choreography to some of the songs.

The real ‘idol otakus’ attend as many events and concerts as possible, they buy CDs and other merchandise in bulk, know the lyrics and choreography by heart to all the songs and if you ask them a question, any question, about their favourite idols, they’ll more than likely know the answer. There are also idol otakus who are fans of more than one idol group, and they are known as ‘idol DD’ which comes from ‘daredemo daisuki’ (translates to: ‘I like anyone’).

To be a proper idol otaku is to be one of the biggest supporters, or in this case, cheerleaders for the idols. There are different types of dances and chants that idol otaku perform at concerts and events, which essentially is the act of cheering on their idols. These different cheers can be found online, and the idol otakus learn them ahead of their next events.

In the western world there are geeks obsessed with comics and of course, some of those people have a keen interest in anime as well. In Japan, they are called anime otaku, ‘ani-ota’ for short. Like train otaku, this type of otaku is one of the oldest types of otaku and has been around since the 70s when anime became a big part of Japanese pop culture.

But simply having a love for anime doesn’t mean that you are an anime otaku. Although anime is a part of mainstream pop culture in Japan, the kinds of anime that the anime otakus love and obsess over are considered underground; they can only be seen on television past midnight, or they’re exclusively released on DVD, and you may only find some in the form of manga (Japanese comic books). Only niche, almost unknown anime is sought after by anime otakus.

The ‘ani-otas’ collect posters, books, DVDs, figurines, even pillows that depict female anime characters. They are fiercely loyal to their favourite anime, and would spend whatever it costs to get the newest merchandise. There’s a term ‘lotto-gai’ which means to buy the whole lot, suggesting that an otaku has bought a whole box of merchandise (i.e. a whole box of towels or figurines). They find beauty in the fact that the ‘lot’ is unopened and untouched, making the merchandise in the lot completely their own and nobody else’s. 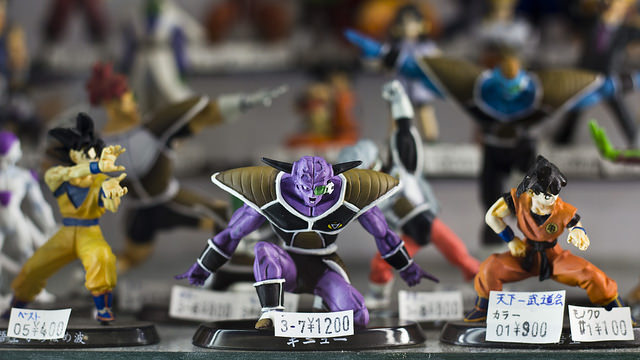 As you can see from the descriptions above, being an otaku is a way of life, if you will. From the moment they wake, to when they’re working, to when they come home, they have their chosen subject of obsession – whether it be trains, anime, idols or anything else – on their minds. They make money to maintain their otaku lifestyle and to pursue becoming the greatest otaku there can be. It’s quite amazing how dedicated otakus are and how they create such an interesting world as a collective. 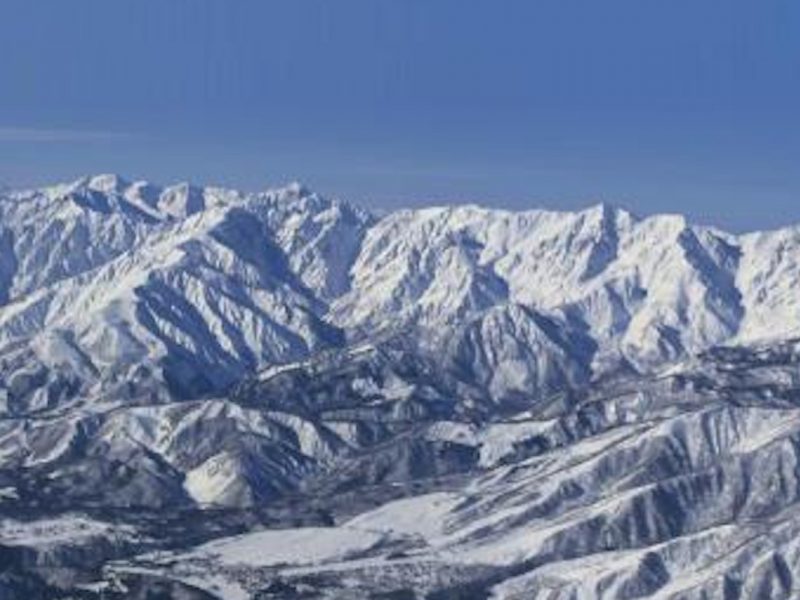 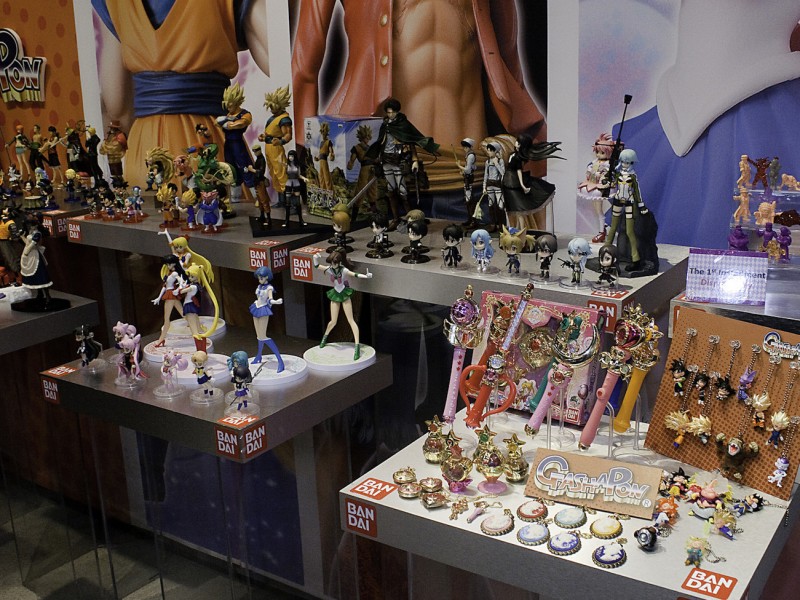 Be an Otaku for a day! Part 2: Stuff Otakus do in Japan