Every second Monday of the year is Coming of Age Day in Japan. This day celebrates young adults, who have just become of legal age at 20 years old. It’s a national public holiday and the streets are filled with formally dressed young men and women, celebrating their youth with peers from the local area. 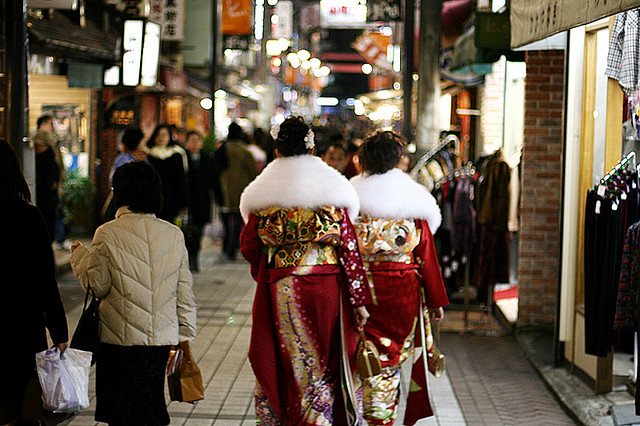 Coming of age celebrations have been a part of Japanese culture for a big portion of its history. Boys and girls – mostly those of higher social class – historically celebrated their coming of age between ages 12 – 16. For boys, coming of age was called ‘Genpuku’ and this mainly involved changing their hairstyles and clothing to that of mature men, but for boys of low birth this usually just meant the change in hairstyles until they were able to afford or fit into adult clothing.

The coming of age celebration for girls wasn’t as big of a deal back in the day, but it was usually timed to when girls were ready for marriage. As a sign of being of age, girls were given a type of garment that they wore around their waist called ‘Mo’ and from this, the ceremony was called ‘Mogi’. Girls also changed their hairstyles as they came of age. Their hair was put up in the style you would recognise from traditional Japanese paintings, instead of having it down. 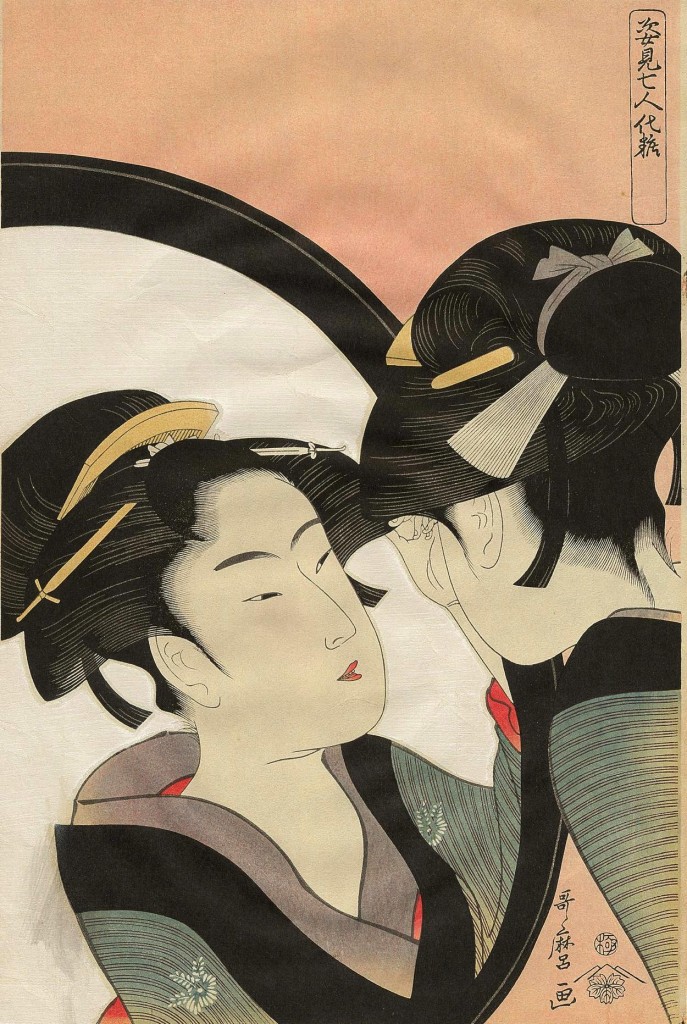 These traditions of recognising young people maturing into adults are now translated into modern ones. It is believed that the original form of Coming of Age Day celebrations began back in 1946 when a youth festival was held in Saitama Prefecture. A few years later in 1949, this became a national holiday on the 15th of January as ‘Coming of Age Day’. The reason it was set on the 15th of January was because ‘Genpuku’ ceremonies were held on a full moon, and in the old Japanese calendar this fell on the 15th day of the month. However, in 2000, they changed it to the second Monday of January.

The kimonos that young women wear are called ‘Furisode’, and they are tailored with certain measurements that have been carried on from the early Edo period. This type of kimono is only worn by unmarried adult women – another part of the traditions from before Coming of Age Day was founded.

It’s a big day for women more than it is for men – most young men opt for suits rather than kimonos, which makes it easier to prepare for the day. However for young women, wearing a kimono on Coming of Age Day is somewhat of a dream – the day starts with having their hair and make up done, then being dressed in beautiful ‘Furisode’ kimonos. 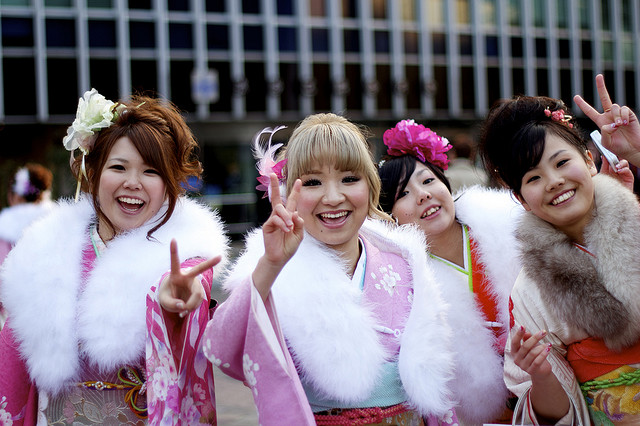 For parents, it’s a day that signifies their children are recognised as adults in society. Many go to photography studios or hire professional photographers to take family portraits to mark this special occasion – some even do this many months ahead of the actual ceremony.

The ceremony is held at various local government/council halls and people attend within their local area. It’s not a very exciting ceremony – there are speeches by various elders and important people of the area, followed by some sort of special entertainment. After the ceremony, the newly of-age adults gather with their childhood peers from the local area; there’s often junior high school and high school reunions held with their teachers, to celebrate adulthood with alcoholic drinks and food.

Nowadays there are a few alternative options for young adults on Coming of Age Day; one prime example being that people can attend a ceremony at Tokyo Disneyland. This year, around 1400 new adults attended the Coming of Age ceremony at Tokyo Disneyland. The ceremony began with Micky Mouse and his gang of popular characters clapping and amping up the crowd for the ceremony. This was followed by speeches, including one from the mayor of Urayasu City (the city which Tokyo Disneyland is in) and of course, a short performance from the Disney characters. 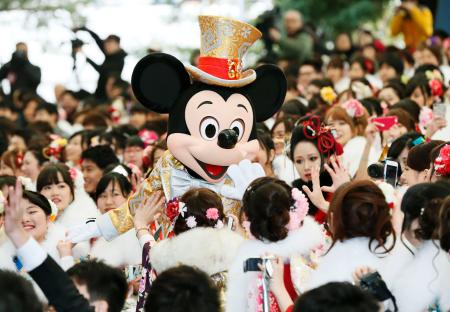 The concept behind Coming of Age Day is to ‘celebrate and encourage young people to recognise and embrace their adulthood’. Whether you’re at Disneyland or in your local area, it’s an exciting day that officially kicks off one’s adulthood. But like in any country, there are a few of those who get a little too excited about the perks of being an adult. 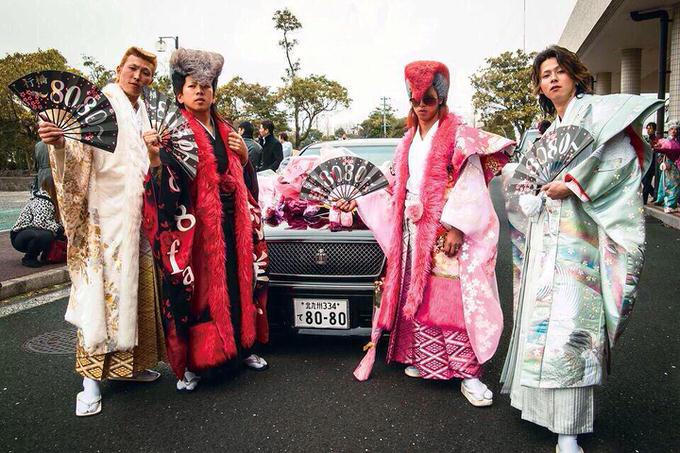 The youths of Okinawa and the Kyushu area are especially known to get carried away with their celebrations. Each year TV crews flock to those areas to film out-of-control young people and crazy costumes – most of these people are in groups, dressing in the same brightly coloured kimonos and suits. Not only do they over-do it on the alcohol, but they create chaos around the area – ruining ceremonies, car drifting in the streets…. There have even been a few cases where these fresh “adults” got charged and arrested for disorderly conduct on the very day that marks their adulthood.

Overall, Coming of Age Day is another unique national holiday on the Japanese calendar that’s still quite important to the people of Japan. It creates unity within the local area – hopefully helping these new adults realise their responsibilities to society, especially the one right around them – but also encourages them to be happy and proud about officially becoming one of the ‘big kids’. 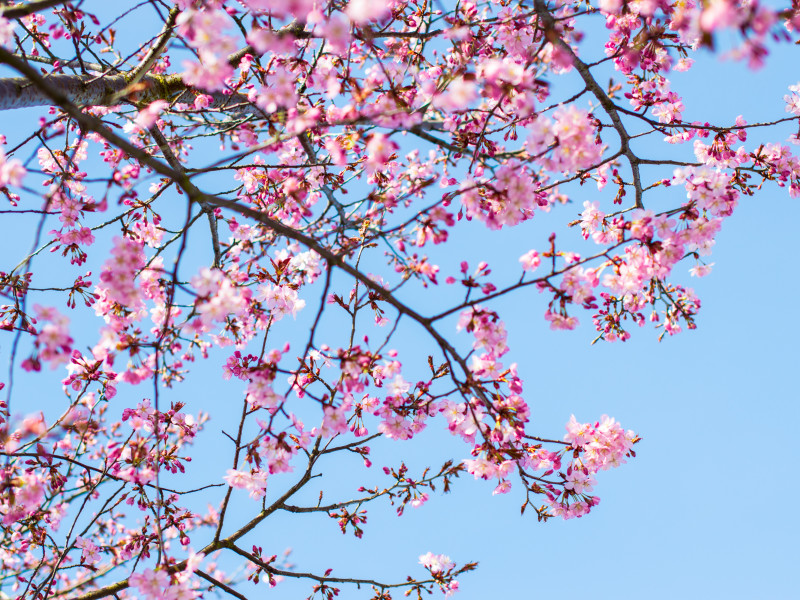 All About Cherry Blossoms 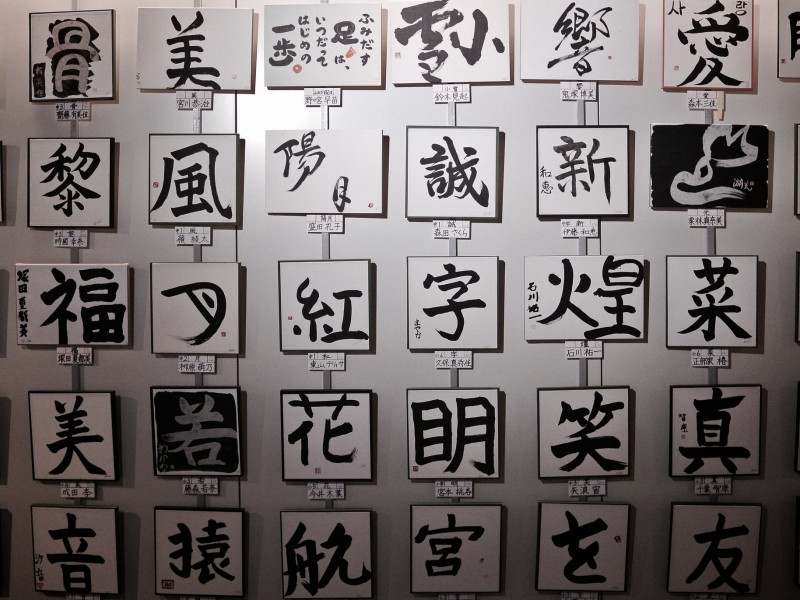 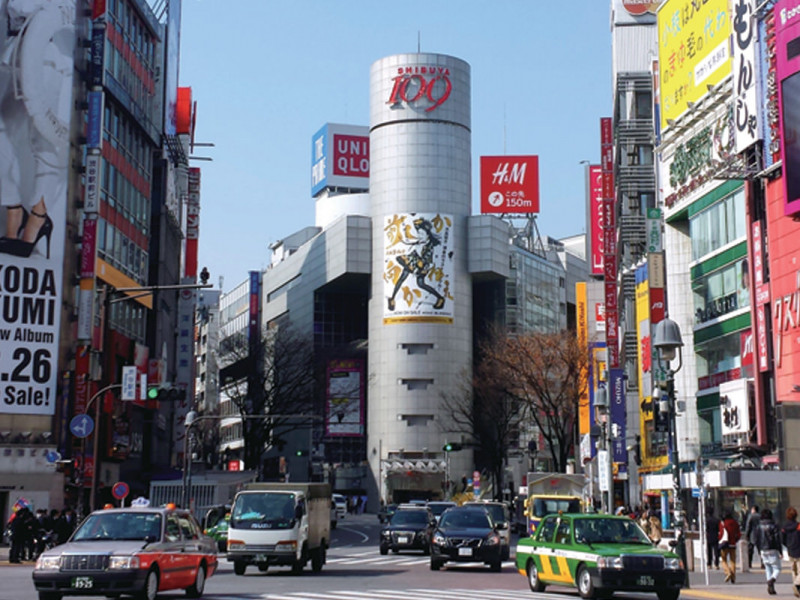 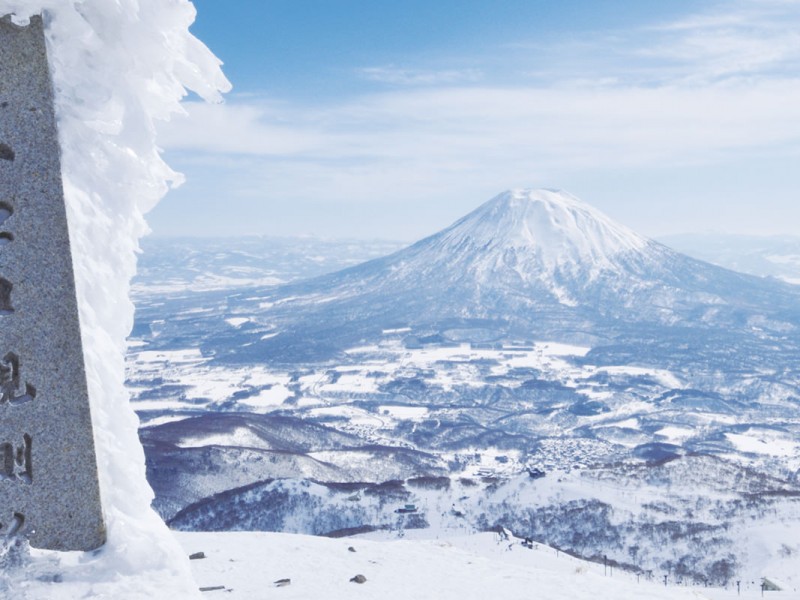