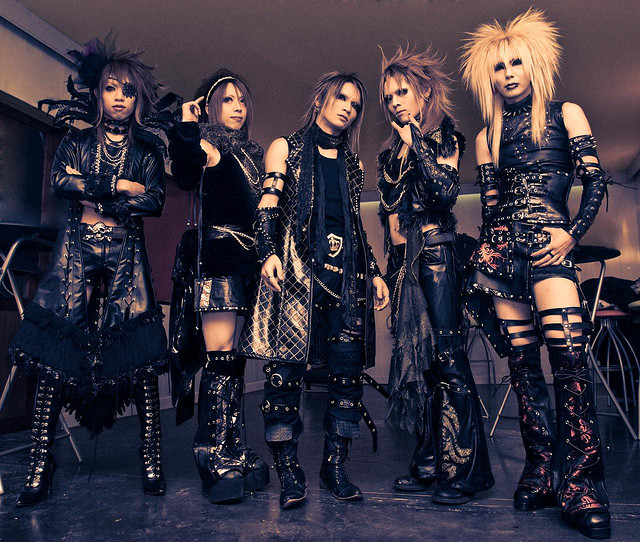 As you can tell, the first thing that catches your eyes when you see people who are a part of the Visual-Kei subculture is their looks. The name Visual-Kei means the ‘visual type in Japanese, and just like the name suggests, they’re very visual with gothic glamour style clothing, big, almost sculpted hairstyles and extreme eye makeup. But there’s a little more to Visual-Kei than what meets the eye.

Visual-Kei sprung up in Japan back in the 1980’s; heavy metal started to gain popularity amongst some niche fans in the late 1970’s and as the fans and musicians in Japan became aware of the many different types of metal such as glam rock, hair metal and gothic metal, big hair and makeup started to become a part of the metal experience – this was the beginning of Visual-Kei.

Most of these Visual-Kei bands were comprised of male musicians, and at the time the sight of seeing men in makeup in gothic clothing was not only shocking but inspiring to many. This ‘shock value’ combined with music captured the hearts of many and Visual-Kei made its own place within the Japanese music world.

The early 1990’s was when Visual-Kei came out of the underground scene and into the mainstream music scene. In 1989, a band called X JAPAN released their major debut album ‘Blue Blood’ with a large and major record company. By the end of 1989, this album had sold over 600,000 copies which not only pushed them into the spotlight but made them accessible to people who’d never heard of metal or Visual-Kei.

X JAPAN, like many Visual-Kei bands, had huge hair and wore glam/gothic rock style clothing which inspired many youths – even those who’d never listened to metal before – to dress the same and of course, listen to metal music. This was the beginning of the Visual-Kei subculture.

After X JAPAN has made it into the mainstream scene and gained success with their music, the other lesser known Visual-Kei bands began finding fame and gaining popularity as well. The 1990’s is considered to be the golden age of Visual-Kei music and all the gothic glamour and success that was seen during this time is what has set the tone for the Visual-Kei subculture, music and movement of now.

It was also the 1990’s when Visual-Kei began to evolve both musically and visually. Visual-Kei as a genre became a very broad category; it was no longer just heavy metal bands that were considered as ‘Visual-Kei’, but there were rock bands of many different sounds, even ballad-style metal bands that broke out into the scene. Even X JAPAN, who you could easily call the original Visual-Kei band of Japan, is considered to not only be a heavy metal band but also a rock band, an indie rock band, a slash metal band, a prog rock band and the list goes on. Solo artists also became a part of the scene as well and female artists were slowly making their way into the mainstream Visual-Kei scene not just as lead singers but as instrumentalist too.

Visually the scene also expanded and broadened what was considered the ‘Visual-Kei look’. There were more fans that cosplayed as Visual-Kei, creating their own costumes, adding their own ideas into the way they dressed. It became so that Visual-Kei style was to wear gothic and glam-rock style clothing with not always heavy however still impressive makeup. Not all Visual-Kei bands and artists were glam either. Bands like GLAY and artists like GACKT had a more modest kind of look and softer music too.

Fast forwarding past the few years in the early 2000’s when Visual-Kei almost became a thing of the past, in the last 10 years, Visual-Kei has further evolved its many different looks and began expanding its fandom around the world. Nowadays, there are subcultures within the Visual-Kei subculture and it is defined by the different types of looks. 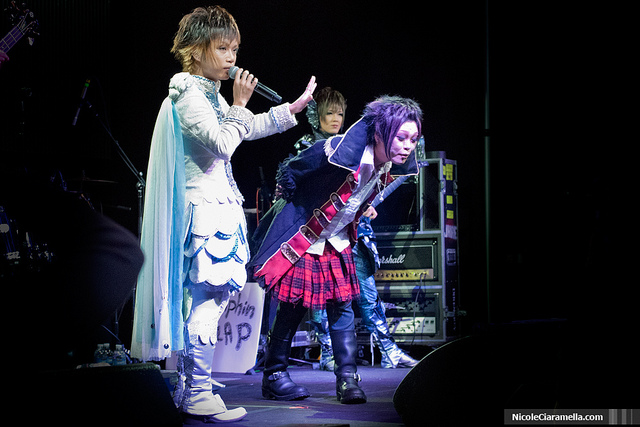 OSARE-KEI: The Osare-Kei came into the scene around the 2000’s when bands began dressing in a more modern and colourful style.

KOTEVI-KEI: ‘Kotevi’ is short for ‘kote kote Visual-Kei’ which means people who are extremely decked out in the original gothic glamour style clothing and make up.

SOFUVI-KEI: This is also another shortened name for ‘soft Visual-Kei’ and the name explains the style. Just like there’s softcore in hardcore metal music, it’s a softer, more milder style of Visual-Kei.

COSPLAY-KEI: Again, the name explains it all – people who wear ‘kigurumi’ or animal onesies, wear anime-inspired costumes or school girls costumes are considered to be the cosplayers of Visual-Kei.

JOSOU-KEI: In Japanese ‘Josou’ describes cross-dressing as a woman. Quite a lot of the bands embrace cross-dressing on stage as a part of their look.

One thing that you’ll find consistently through both the original and the new or the ‘neo-Visual Kei’ styles is that the various gender-ambiguous, androgynous look is highly celebrated. The original style is a little bit reminiscent of Kabuki makeup and hair, which is one of  Japan’s oldest forms of entertainment. The newer style on the other hand, is more reminiscent of fantasy manga and anime characters; many wear costumes like an anime style ‘prince charming’ with a gothic twist or sculpt their hair similarly to cartoon characters.

It’s possible that there isn’t a genre of music puts the focus more heavily on the visual than Visual-Kei, but if you’re a metal fan, why not give Japan’s own interpretation of glam metal? You may just be inspired to dress up and rock out! 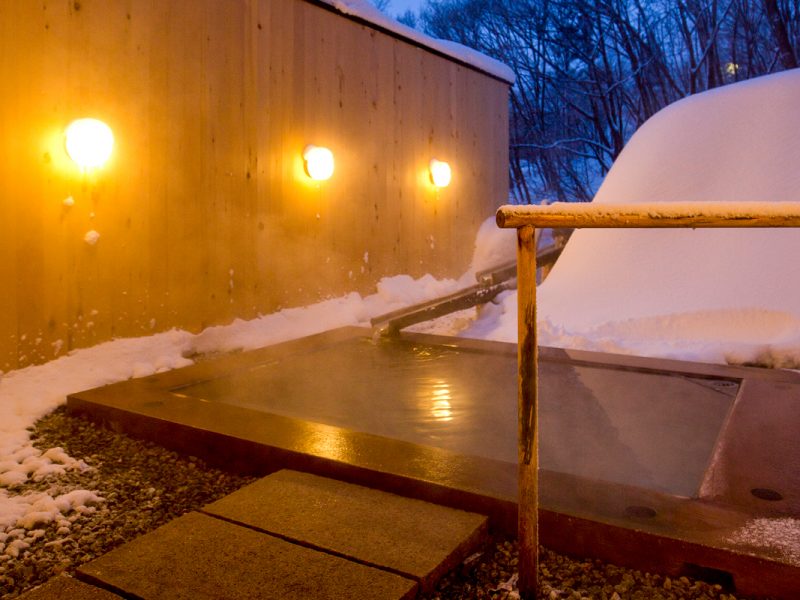 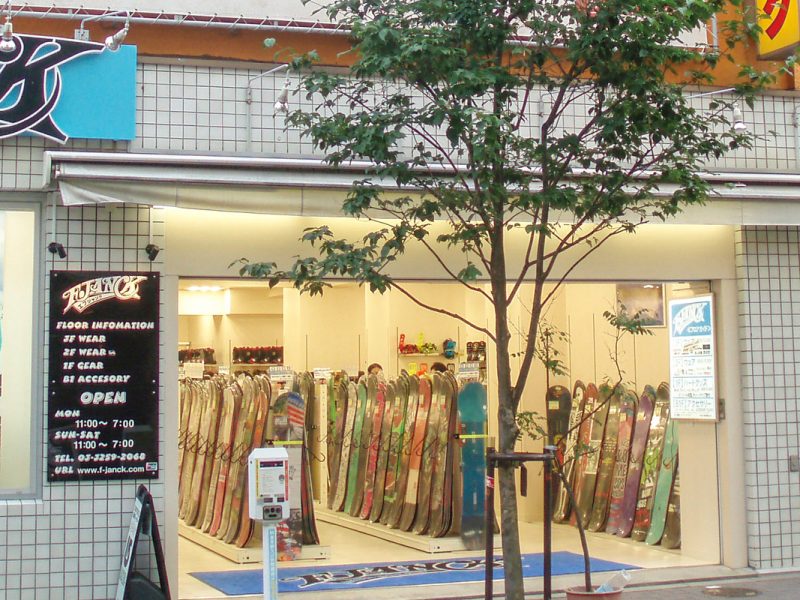 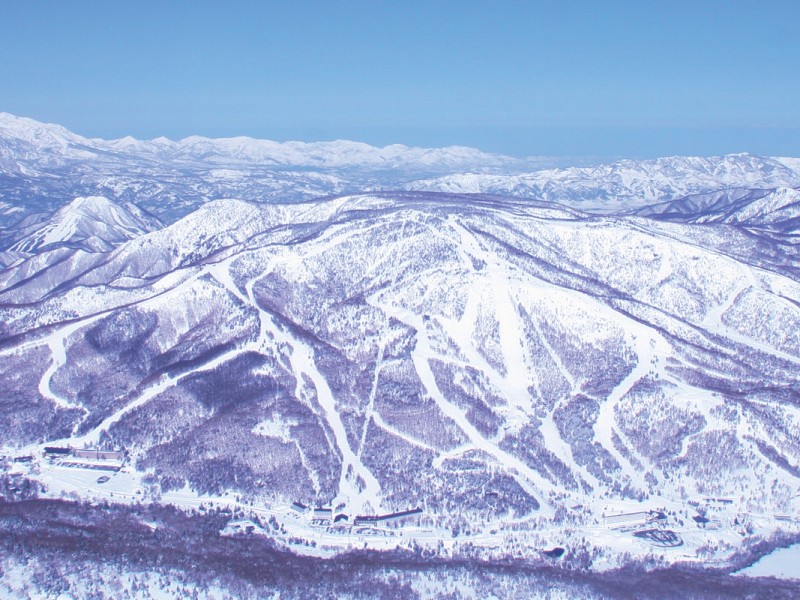