No summer in Japan is complete without a good fireworks show. From being a simple entertainment in the Edo period, it has now turned into fine arts. Hence, pyrotechnicians from all over Japan gather together to compete for the top spot each year. Undoubtedly, your mind will be blown away!

Firework festivals in Japan are held in the summer. From the tiny ones to the biggest fireworks in the world, the audience are fully entranced for hours. Of course, no fireworks festival is complete without the festival atmosphere. So dress up in a yukata and check out all the food and game stalls lined up along the streets.

Omagari Fireworks attracts up to 800,000 people to the small city of Daisan each year. While it seems like any other fireworks festival, it is a fierce competition between the top pyrotechnicians in Japan. Unlike other fireworks, each artist personally showcases their fireworks at Omagari. Moreover, the winner receives the prestigious Prime Minister’s award, being one of the only two fireworks festivals to hand out the award.

Duration: 1 and a half hours 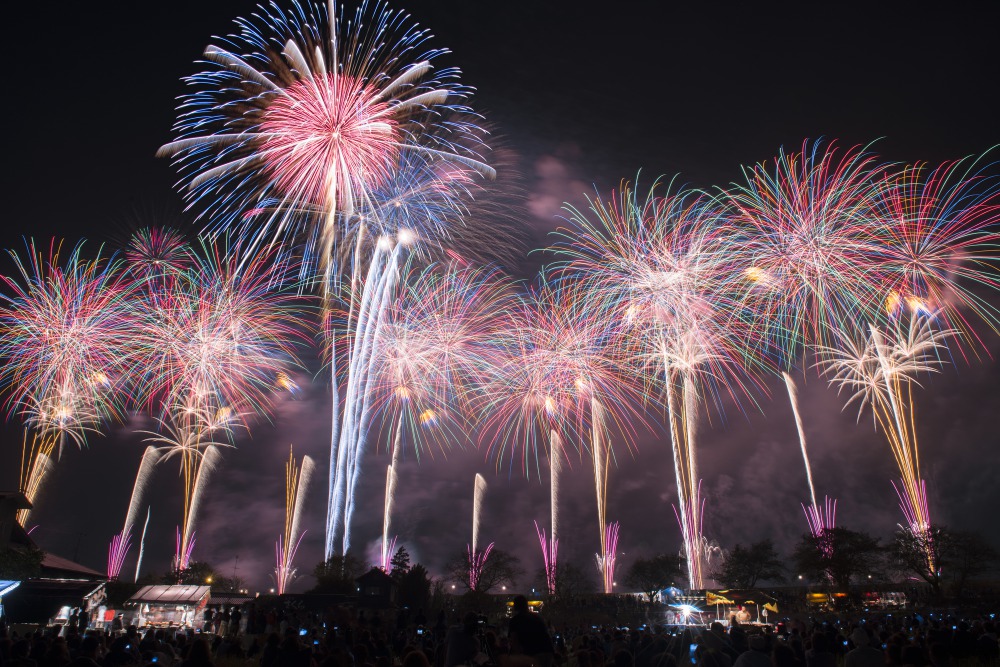 Tsuchiura is known for its innovative fireworks. It combines the latest technology and creative designs to produce stunning masterpieces. This event began in 1925 as a way to save businesses during the recession and to remember the deceased naval air force members. Tsuchiura is the only other festival to receive the Prime Minister’s Award. Unlike the others, Tsuchiura is held in October. So even if you aren’t able to visit Japan during the summer, there’s still this one for you to experience!

Duration: two and a half hours 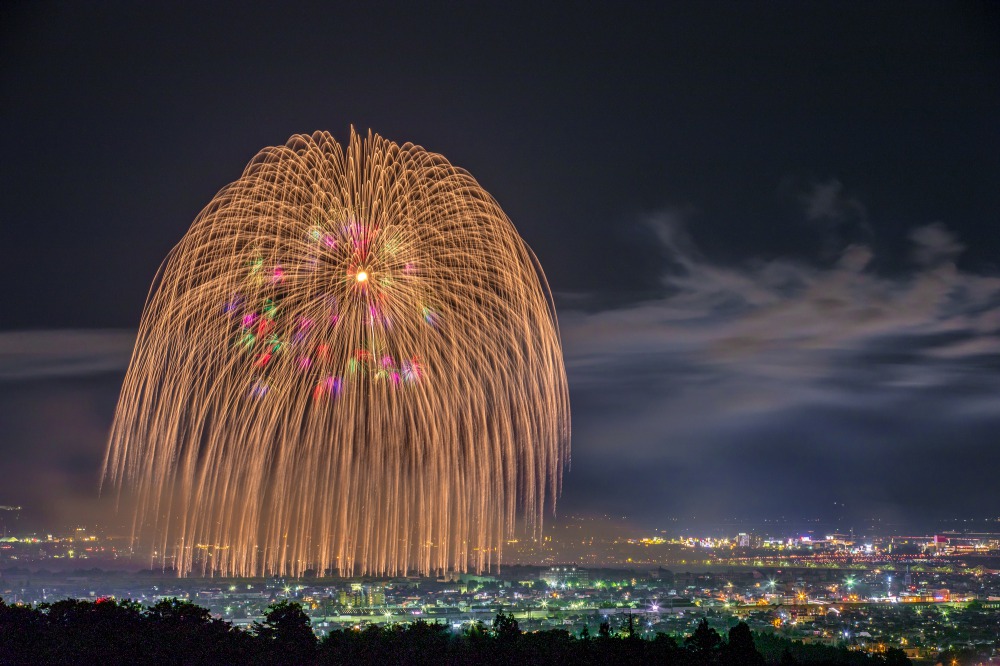 This event started as a way raise the people’s spirits after the devastation of WWII. While the event beings on August 1, the main fireworks are on the evenings of August 2 and 3. Unlike Omagari and Tsuchiura, Nagaoka is not a competition. Instead, Nagaoka’s fireworks is a prayer for the city’s restoration from its disasters. The unique phoenix-shaped fireworks symbolises the city’s resilience. The phoenix is the widest fireworks in the world, extending over 2 kilometres. 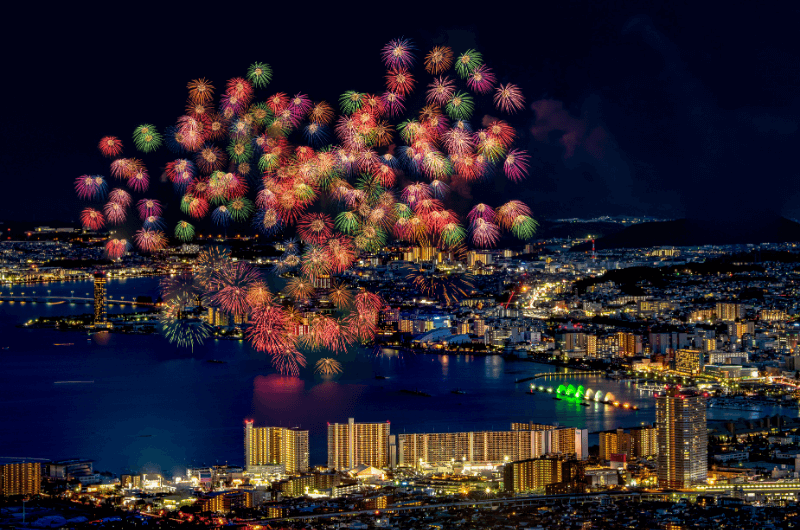 Only a short 30 minutes from Kyoto, this festival is an easy side trip when visiting the Osaka region. Because it’s at a lake, it’s one of the easiest festivals to get a clear view. Make sure to check the beautiful reflection of the fireworks on the surface of the lake!

This fesitval has grown to be one of the biggest fireworks in Japan in its short history. Akagawa is also a competitive one, drawing pyrotechnicians from all of Japan. The prime spot for viewing is between Haguro Bridge to Mikawa Bridge. Unfortunately, you have to pay for this area. However, you can still watch the spectacular display for free from the rice fields at Mt. Haguro.

Toyota Oiden is one of the most creative fireworks out there, known for its harmony of the music and the fireworks. The festival starts with the final city dance competition the day before. Then, the next day starts with a blast from the traditional cannon Tezutsu fireworks. 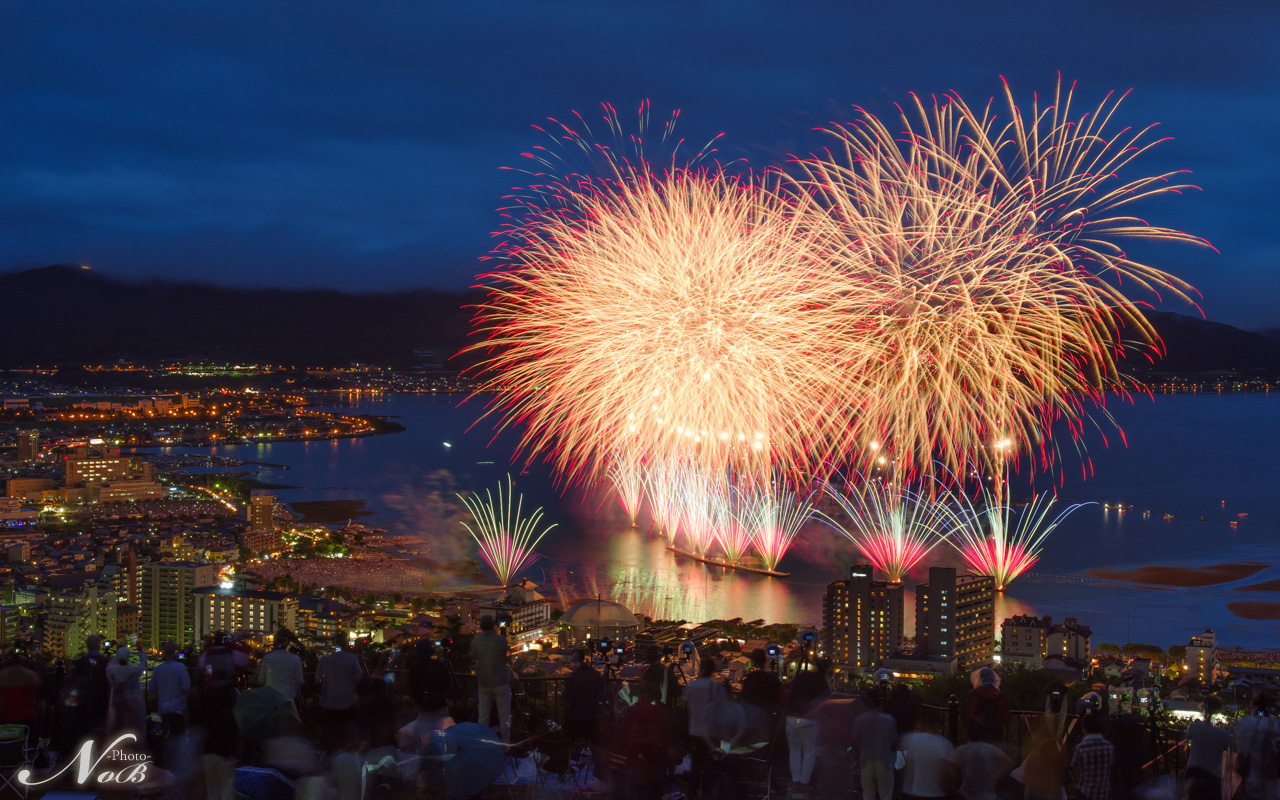 With 40,000 fireworks launched each time, Lake Suwa has one of the most electrifying atmospheres. That’s because the surrounding mountains helps to amplify the sound of the fireworks. Started in 1949, it now has over 500,000 visitors each year!

Kumano has a history of over 300 years. This festival always falls during the Bon Festival. The fireworks are launched from the two boats on the sea, creating a beautiful arch. Enjoy them best from Shichirigahama Beach.

Kachimai is the first fireworks held in Hokkaido, started in 1929. The name Kachimai means ‘every win’ in English. It’s not hard to understand why. With the music and lights being in sync, the atmosphere turns into one of excitement and power. The Nishiki Kamuro, pictured above, is the highlight of the night.

The history of Sumidawa Festival dates back to the Edo period. While it was small to being with, now more than 900,000 people visit it every year. Unsurprisingly, you can even see the Tokyo Sky Tree in the background!

Duration: 1 and a half hours

Atami Maritime began in 1952 to raise the city’s morales after the consecutive disasters in the years before. The final display, ‘Niagara Falls in the Sky’, is one not to be missed. This display turns the sky to a brilliant flash of gold! While many places in Japan only have fireworks in summer, Atami has it all year round. Therefore, you have no excuses for not attending even one! 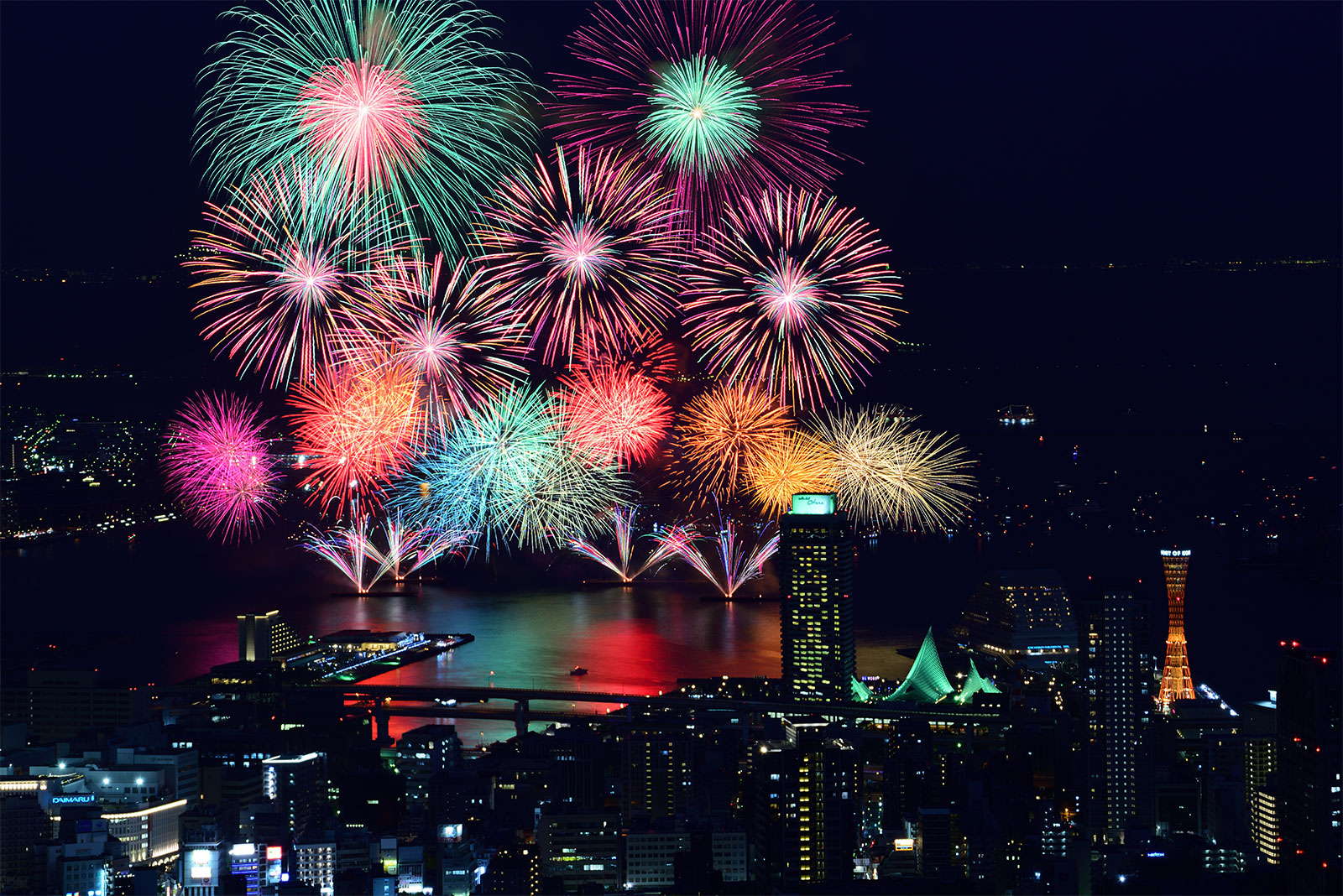 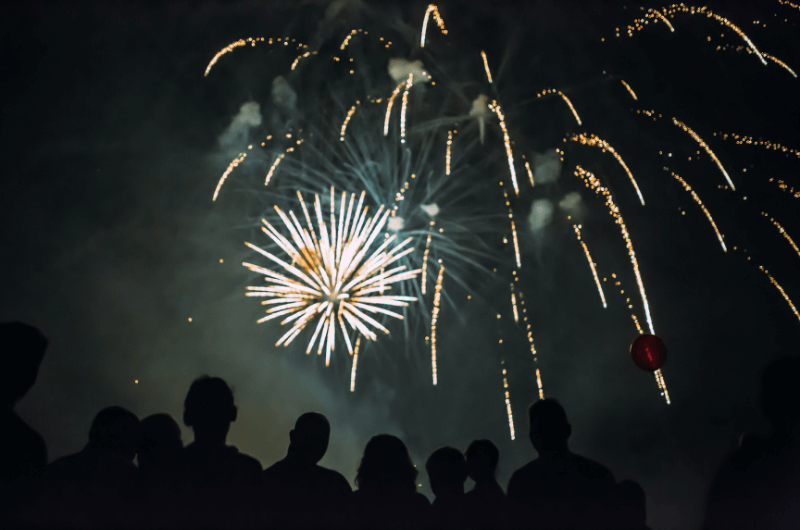 Isn’t the fireworks in Japan on a whole new level? No wonder so much effort goes into preparing these festivals. Let us know if you have been to one on the list! 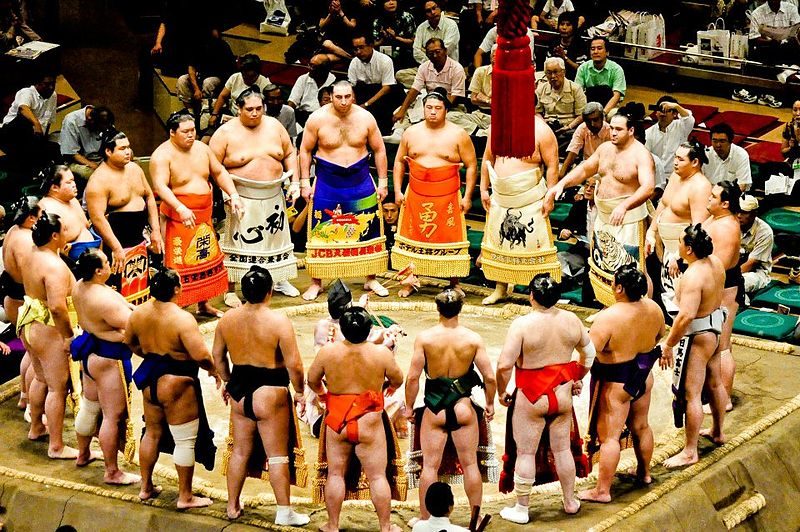 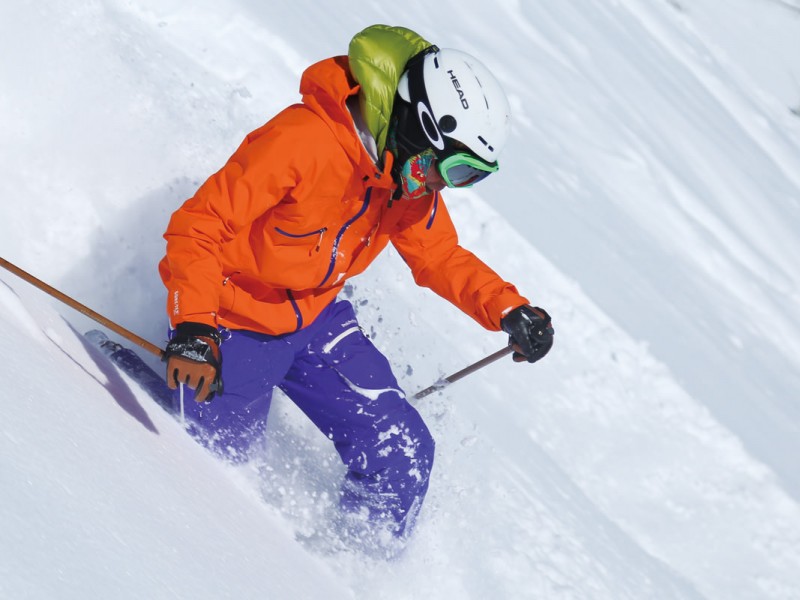 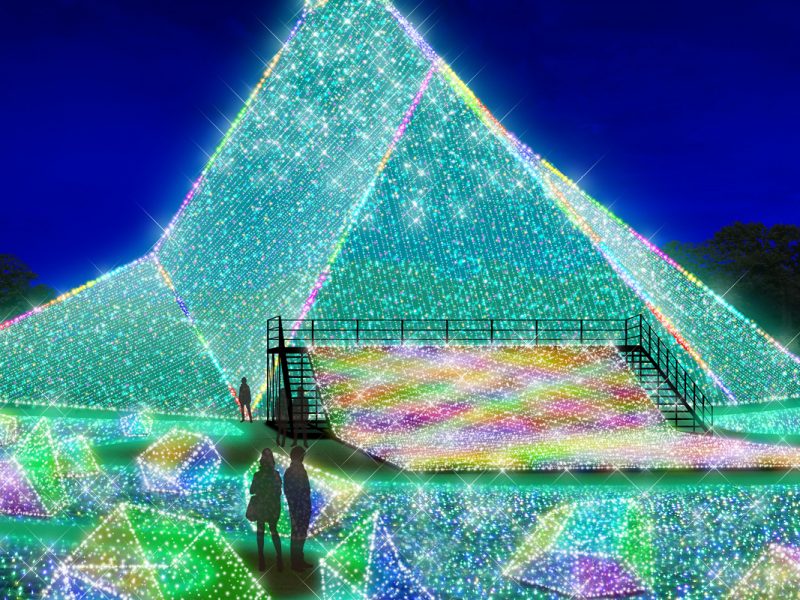