This week over Golden Week it was also pride week in Tokyo as well. Hosted by the Tokyo Rainbow Pride and a slew of sponsors including politicians and corporate companies such as Playstation and Lush Cosmetics. Many events such as seminars, meet ups, yoga in the park as well as movie screenings held throughout the week for the LGBTQIA community in Tokyo and from around the country and the world. 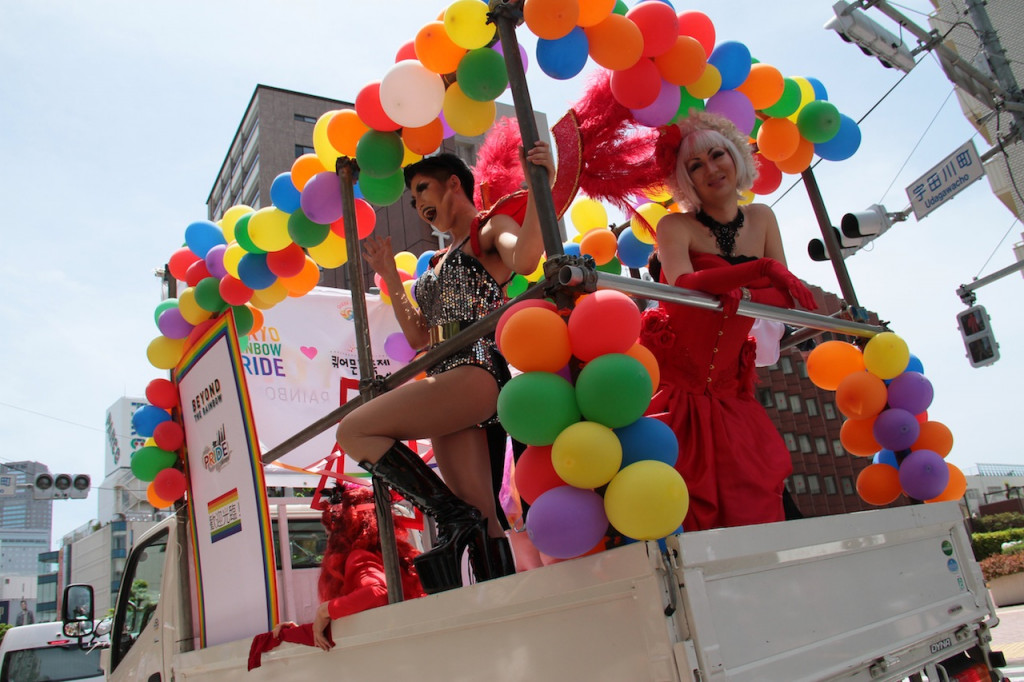 The week will wrap up with a grand parade on the 6th of May that goes from the Shibuya Ward Office – who recognises and officiates domestic partnerships for same sex couples – and it will end where the pride festival will be held over the weekend, at Yoyogi Park.

The parade starts at noon and the best part is, anyone can join the parade as long as you register with TRP the day before or on the morning of the parade (check out this link on how to join).

The topic of sexuality for any gender and of any sexual orientation is considered highly taboo. This is why a lot of the times LBTQIA friendly bars and venues are hidden and can be hard to find for foreign visitors to Japan. However if you look closely, there is a very exciting LGBTQIA night life scene in major cities such as Osaka and Tokyo.

Here are just a few of the most popular and English speaker friendly spots!

Just like Sydney has Oxford St, Tokyo also has its own ‘gay (friendly) district’ and this is in one of the most popular entertainment district of Tokyo, in Shinjuku. The area is known as Ni-Chōme, and there are countless small and large LGBTQIA clubs, bars and venues all concentrated here. 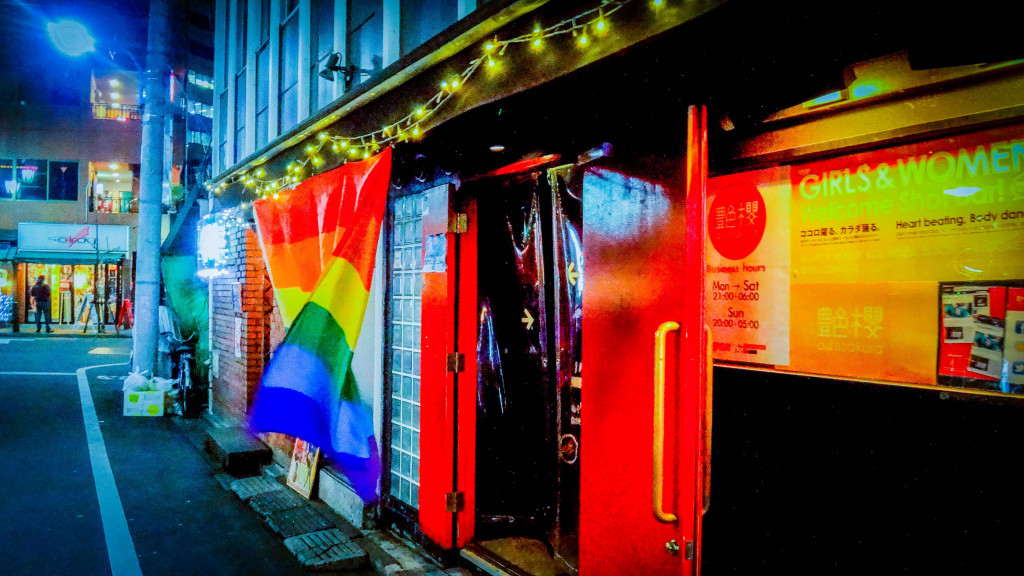 This fairly large venue welcomes all kinds of people from all over the world – but it is most popular amongst expats and foreign travellers of Japan. Dragon Men are open all week from 6pm on wards, and you’ll find them especially busy during their daily happy hour between 6pm and 8pm! This is a good place to meet new people, exchange tips on where to go in Ni-Chōme and/or start your night off with a slower pace than the other venues. Bar Gold Finger is an all inclusive bar has been open since 1991, it’s a small, kitch bar and is quite famous amongst the lesbian community in Japan and in Asia. They host women’s only events every 3rd Saturday of the month and every saturday is a women’s only night here. The owner of the bar speaks English and the staff are also English speaker friendly. People especially lesbian couples from all over the world come to visit this very spot every night of the week so it’s certainly a place to keep in mind when planning your Ni-Chōme night! 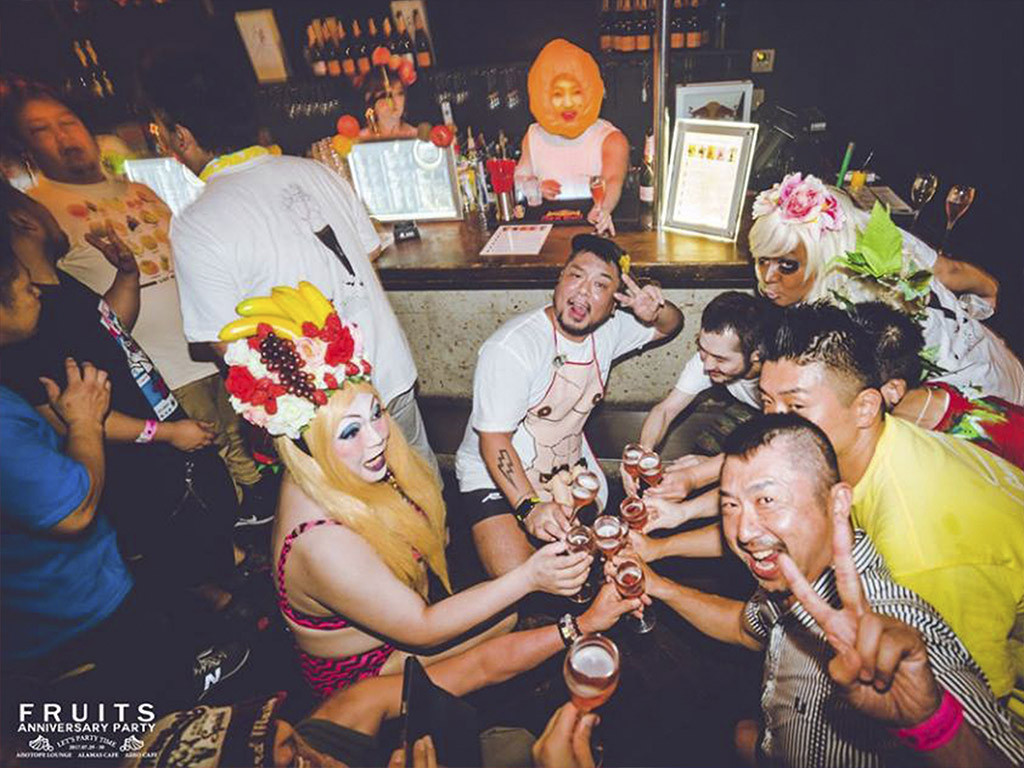 One of the latest additions to the Ni-Chōme scene, Aisotope Lounge is a club venue with two dance floors that host all inclusive (and some exclusive) club events on the weekends. This venue is owned by the Aliving group which owns several other venues around the area. 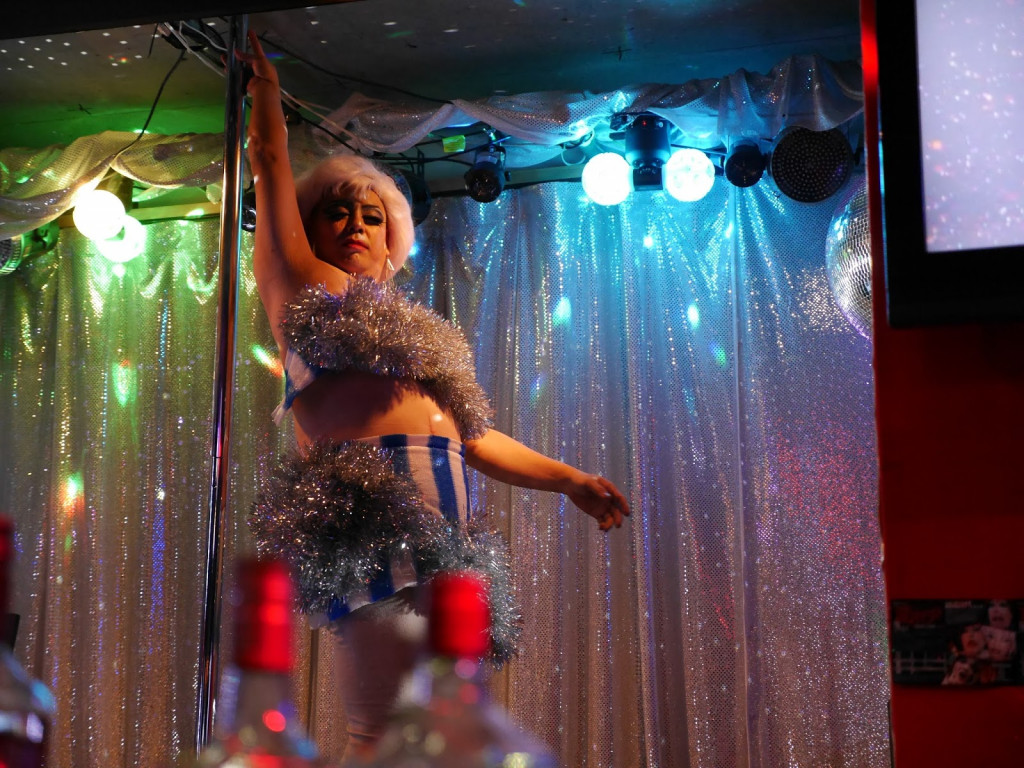 Over in Osaka, the hotspot is located right near the Osaka/Umeda station area, in a similar set up to Ni-Chōme, all the bars a concentrated in the one area within walking distance to one another in Doyama-Chō. Osaka will also have its own Pride festival later this year in October, known as Osaka Rainbow Festa. 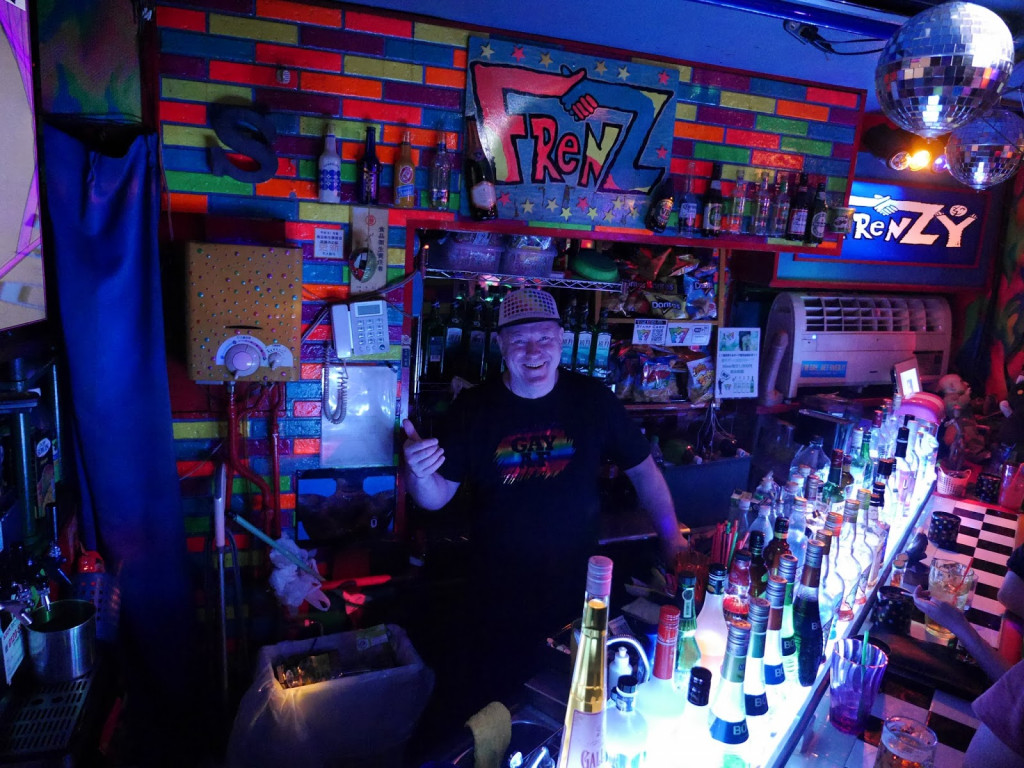 Coming up to its 25th anniversary in 2019, FrenZ-FrenZY describes itself as the ‘gayest, most colourful place in Osaka’. This is an Australian owned bar that attracts both local and international punters. You can dance all night amongst the rainbow colour decor as well as participate in karaoke at the bar which is free! Massive stars such as Lady Gaga has visited this venue so it is certainly a must have on your travel itinerary. 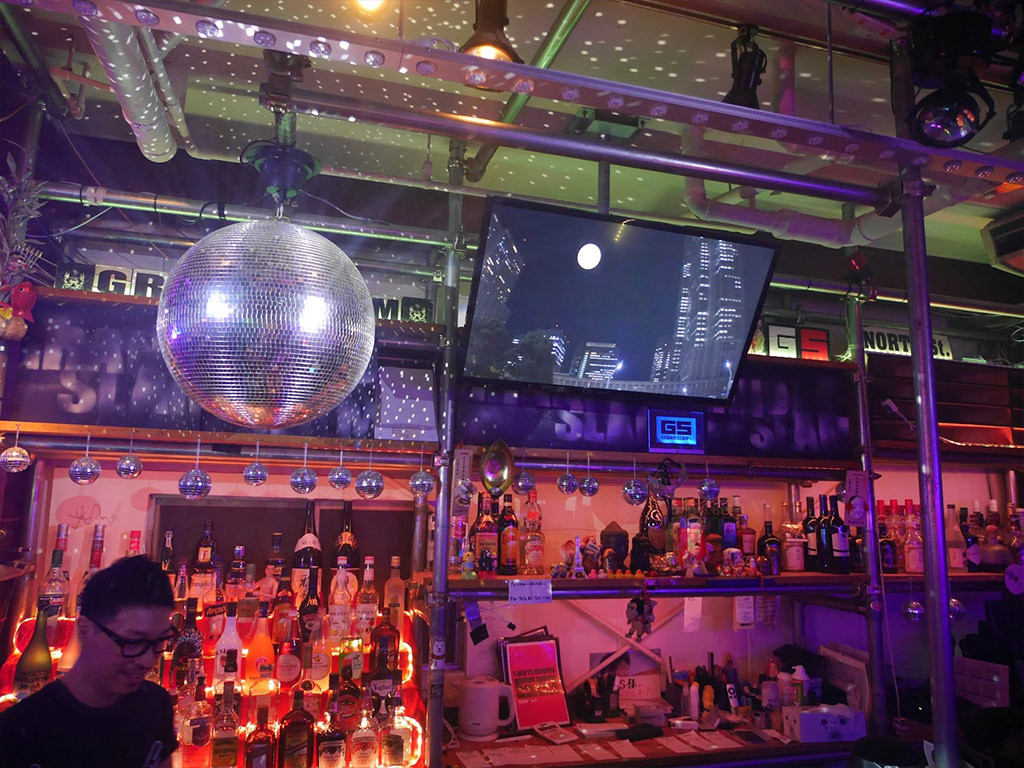 G-Physique is a relaxed bar that’s gaining popularity amongst young LGBTQIA identifying people of 20-30s. The owner of the bar here speaks English and known to be very friendly and welcoming to foreign visitors. This bar is in cooperation with Osaka City to raise awareness on important issues as HIV/AIDS prevention and safety within the community.

The friendly owner of Bar Bacchus is fluent in English, making it a super English speaker friendly spot for LGBTQIA travellers in Osaka. Their cheap drink and snacks menu is of course a plus for anyone travelling, and with such an international demographic in store you can expect to feel right at home. Another perk at Bar Bacchus is that there is no cover charge so it’s a great place to either start or end your night out.

After our historic YES vote for the legalisation of same sex marriage here in Australia, we know there are plenty of couples out there getting ready to celebrate their love on paper! Contrary to popular belief, Japan is quiteLGBTQIA friendly and with so many venues and attractions, we think Japan could be a fantastic spot for a honeymoon. 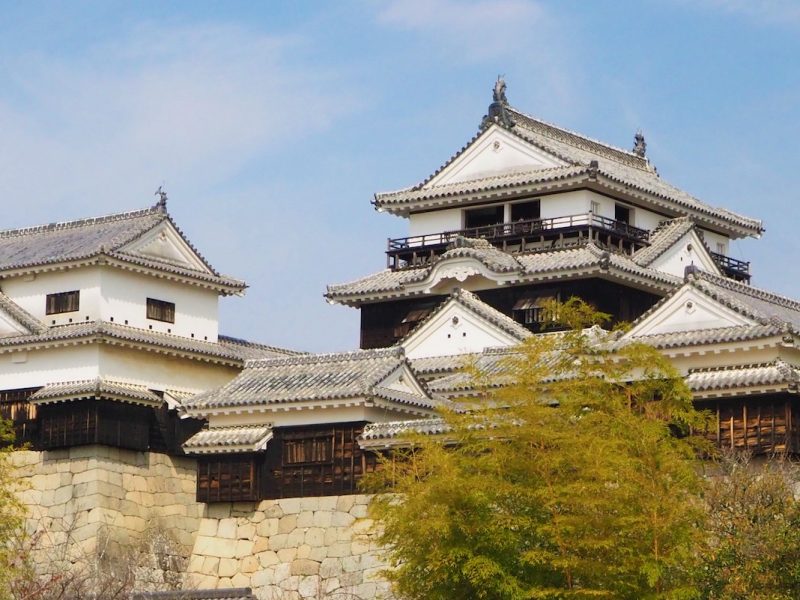 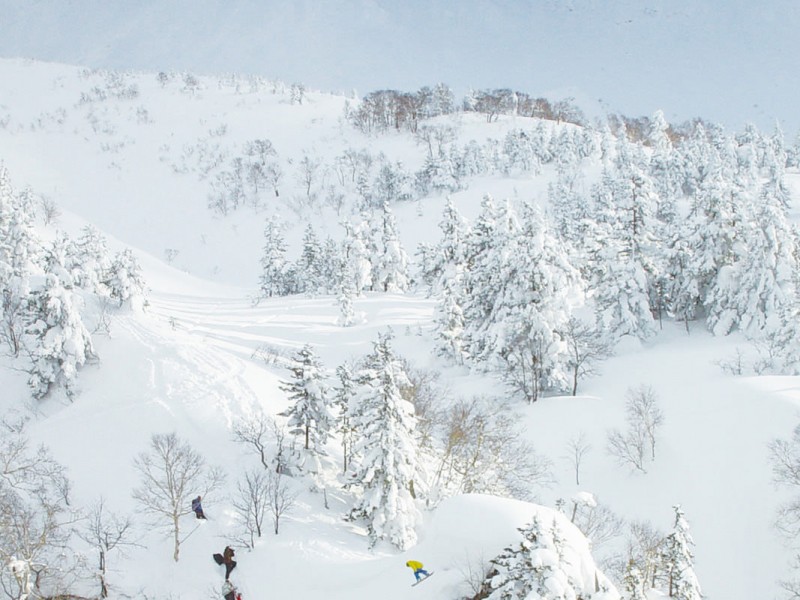