The neighbouring town to snow monkey park, full of charm and traditions

Shibu Onsen is a small, hot-spring district town in Nagano Prefecture that opens up behind a curtain of steam, revealing traditions and architecture of years passed, still standing tall and proud.

This town was discovered 1,300 years ago by a monk named Gyoki, who also has ties to the discovery of a number of other hot springs, including Nozawa Onsen.

Fast forwarding to the late 1500s, Takeda Shingen, one of the biggest warlords of Japan’s feudal period took over the area as one of his territories and brought back wounded soldiers to recuperate in the hot springs here. Because of his strong influence over the area there are still artefacts and documents of his tales at the local temple.

From then on, Shibu Onsen has been a part of the Japanese history as a postal town between Zenko-ji, a Buddhist temple and Kusatsu – another famous onsen town. Some hot spring inns, or ryokans have been around from before then, one of which is Kanagu-ya, a well established 250 year old ryokan.

Over a very historically rich span of 1,300 years, there have been many natural disasters from fires to landslides. But the people of Shibu Onsen, both past and present have a love and passion for this town which saw multiple renovations between the late 1800s and early 1900s. The renovations that were made around that time are what has shaped the look of Shibu Onsen today.

The town of Shibu Onsen is very small; it takes about a 10 minute walk from one end to the other of the 600 metre long main street. And along these short, stone-tiled streets are the wooden, three storey buildings. They house 150 families as well as 35 accommodations and other businesses.

The look and feel of Shibu Onsen is one thing but the people that run the stores and live in Shibu Onsen are another attraction of spending time here. The people of Shibu Onsen are hospitable and welcoming to visitors by nature – something that has been passed down from back when Shibu Onsen was a postal town with regular visits by out-of-owners. They love a chat and they love to share stories about the area and their passions.

There are many businesses in the area that are devoted to superb hospitality such as coffee shops that have been in business for 50 years and gift shops that open at 7am and close at 10pm.

It’s the ‘Otennma’ spirit that makes Shibu Onsen a superb place to stay during your snow holiday. Shibu Onsen is just 10-20 minute walk away from the Jigokudani Monkey Park, a great way to extend the walk around town during your stay. If the snow and skiing or snowboarding is your main event, Shiga Kogen is a 25-40 minute drive away.

Imagine finishing up a day of carving up the powder snow then returning to a town full of gorgeous locally sourced Japanese food, healing and rejuvenating baths and the prospect of meeting and drinking with the locals.

Needless to say, that is exactly the kind of cozy, authentic Japanese holiday you can have in the small hot spring town of Shibu Onsen.

Getting to Shibu Onsen

Touring the town of hot springs…

The key to enjoying the baths of Shibu Onsen

The pièce de résistance of Shibu Onsen is the actual Shibu Onsen – specifically the 100% natural hot spring baths found across town. The various hot spring inns or ryokans and hotels get their hot water from 37 springs and the locals joke that it’s as if there’s hot water wherever you dig in Shibu Onsen.

Matching the picturesque and retro streets of Shibu Onsen, old traditions and common courtesies remain prominent in the town. One of these being that the locals bathe at the soto-yu (public shared baths) on a daily basis.

There are nine soto-yu baths, and the locals have their own keys to enter them whenever they want. The locals are allowed to bring in their own soaps and bathing goods, however visitors are not allowed to do so. Instead they’re advised that all general bathing routines be carried out at their place of accommodation.

Which brings up that only visitors that stay at one of Shibu Onsen’s accommodations can receive a guest key to the nine soto-yu baths. Day trippers can only gain access to one of the nine, the ‘Ooyu’ bath. One day tickets to this bath can be bought for ¥500 at the Shibu Onsen Ryokan Association office or the Shibu Onsen parking lot.

To miss out on staying in Shibu Onsen though, is almost like going to Disneyland and just seeing the gates.

There are 35 ryokan inns and hotels in town, and they all come with hot spring baths. Some get their water from multiple sources, and many have more than one bath that all differ in size, style and purpose.

The ryokans offer private baths for families, couples and others but the authentic hot spring experience is to share a bath with strangers. And the baths are the best place to get to know the locals and learn about the area – a great way to experience an element of traditional culture.

Both the soto-yu baths and the ryokan baths use the ‘kake-nagashi’ system, which means the hot water continuously flows from the spring, filling the bath non-stop. Older water overflows so there’s always fresh hot water coming into the baths.

Enjoying this very hot, hot spring town can’t be done without the nine bath tour or the Ku-to Meguri. The tour evolves around the nine soto-yu baths of Shibu Onsen, visiting one after the other. It’s a truly cleansing experience exclusive to those staying in town.

To begin the tour, it’s important to get in the right gear; put on a yukata – the light kimono which you can also sleep in – and a pair of geta – wooden sandals. Shibu Onsen allows visitors and locals to walk around in yukata, a special perk of staying at an old hot spring town like this.

All you need to start the tour is the guest key from your chosen accommodation, a towel, and perhaps some change but as there are no lockers at the soto-yu baths, it would be wise not to take valuable items.

Another fun item to add to your tour itinerary is the official tenogui towel of the tour. They’re sold at the ryokans in town, and it’s to be stamped at every bath upon entry, starting at bath number one.

Every hot spring in Shibu Onsen, including the soto-yu has a variety of healing qualities. For example, the third bath on the tour, the bath of cotton, is said to have healing qualities specifically for cuts and for fertility. Bath number six is called the eye washing bath, and it’s good for the wellness of your eyes.

The baths are placed around every 50 metres or so within the perimeter of 600 metres so the duration of the tour depends on how long you spend at each bath.

After the last bath on the tour, at the number nine Ooyu bath, the traditional thing to do is to head over to the Shibutaka Yakushi Shrine and give your towel to them as a sign of completion of the tour and to wish for wellness, but it does make for a great memento of your time in Shibu Onsen.

The locals call themselves lifetime citizens and refer to visitors as one-time citizens. To be considered a citizen for any amount of time at Shibu Onsen is an honour, and having access to their hot springs is a true privilege.

The other locals of Shibu Onsen

Not even monkeys can resist a good long soak

Jigokudani Yaen-koen, also known and loved as Jigokudani Monkey Park is located close to Shibu Onsen. It only takes a 10-20 minute walk depending on the season.

During the peak season in winter, the carpark is closed but the park can be accessed from the free carpark of Kami-bayashi Onsen. Some of the roads are shut down during winter season, but a Snow Monkey mini bus is available from late December to late March, shuttling visitors between the park and Shibu Onsen.

Jigokudani Monkey Park is all about observing the snow monkeys in their most natural, relaxed state. No feeding is allowed at the park, but the monkeys do come down for the small, supplemental amount of healthy and balanced food the park puts out for them, which reassures the monkeys that humans are not a threat to them.

The snow monkeys are just like humans in the winter season – they can’t resist a good soak in the hot springs in the park. Watching them make faces that express complete bliss and relaxation is a very heart warming, very human experience. 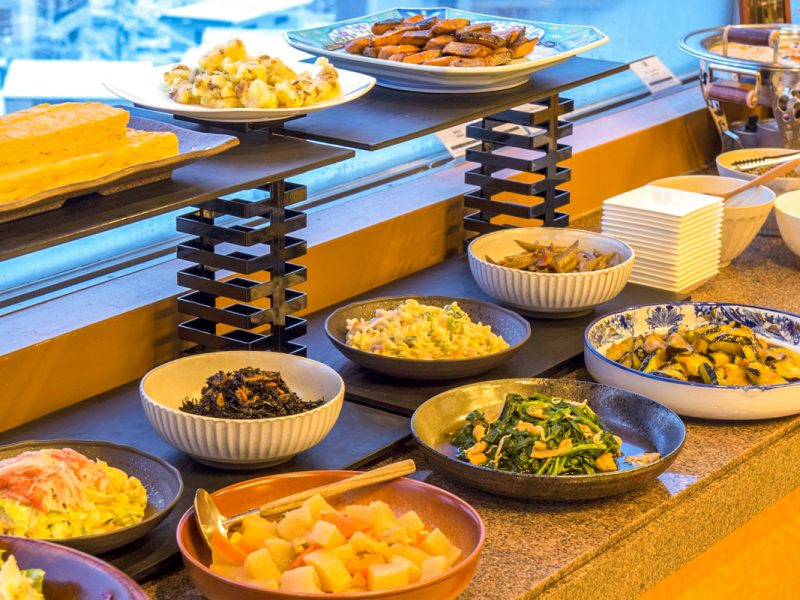 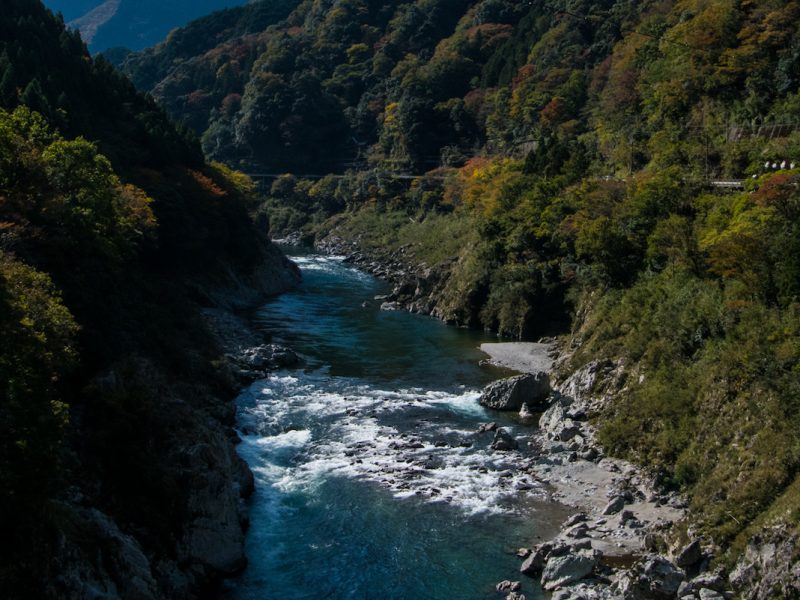 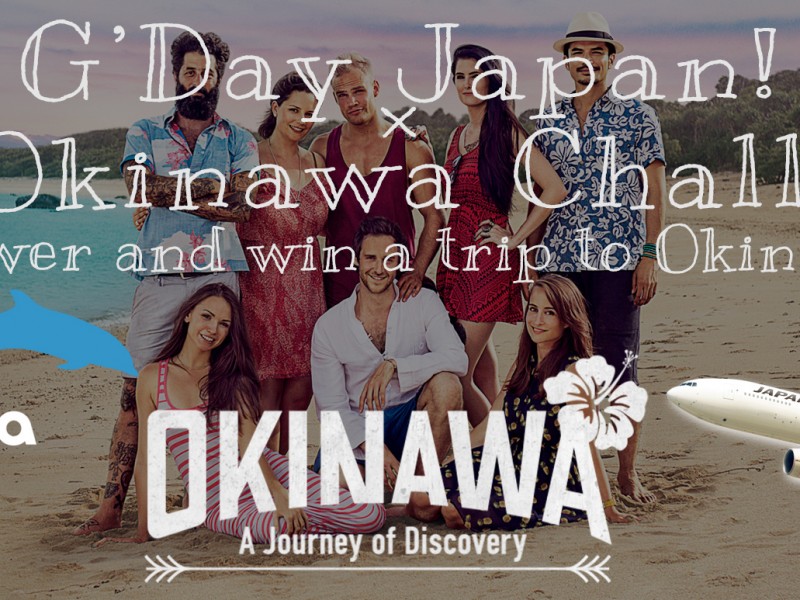 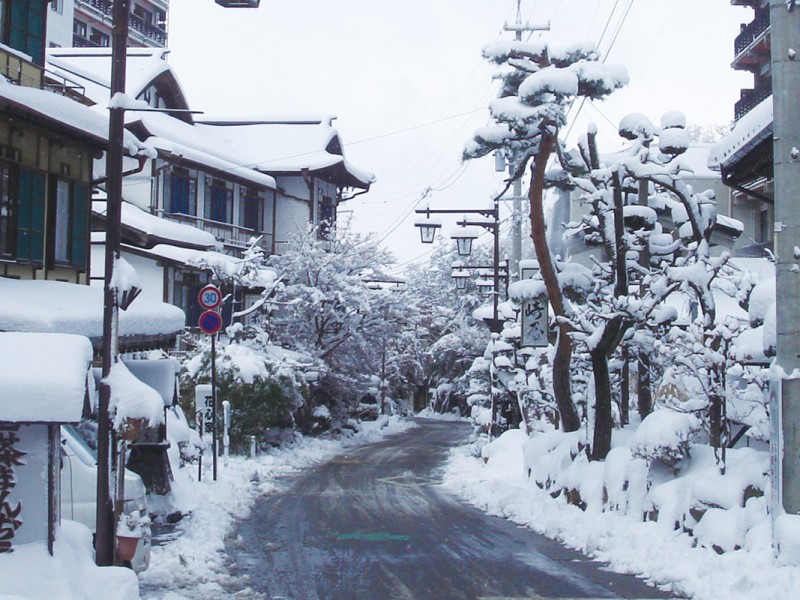